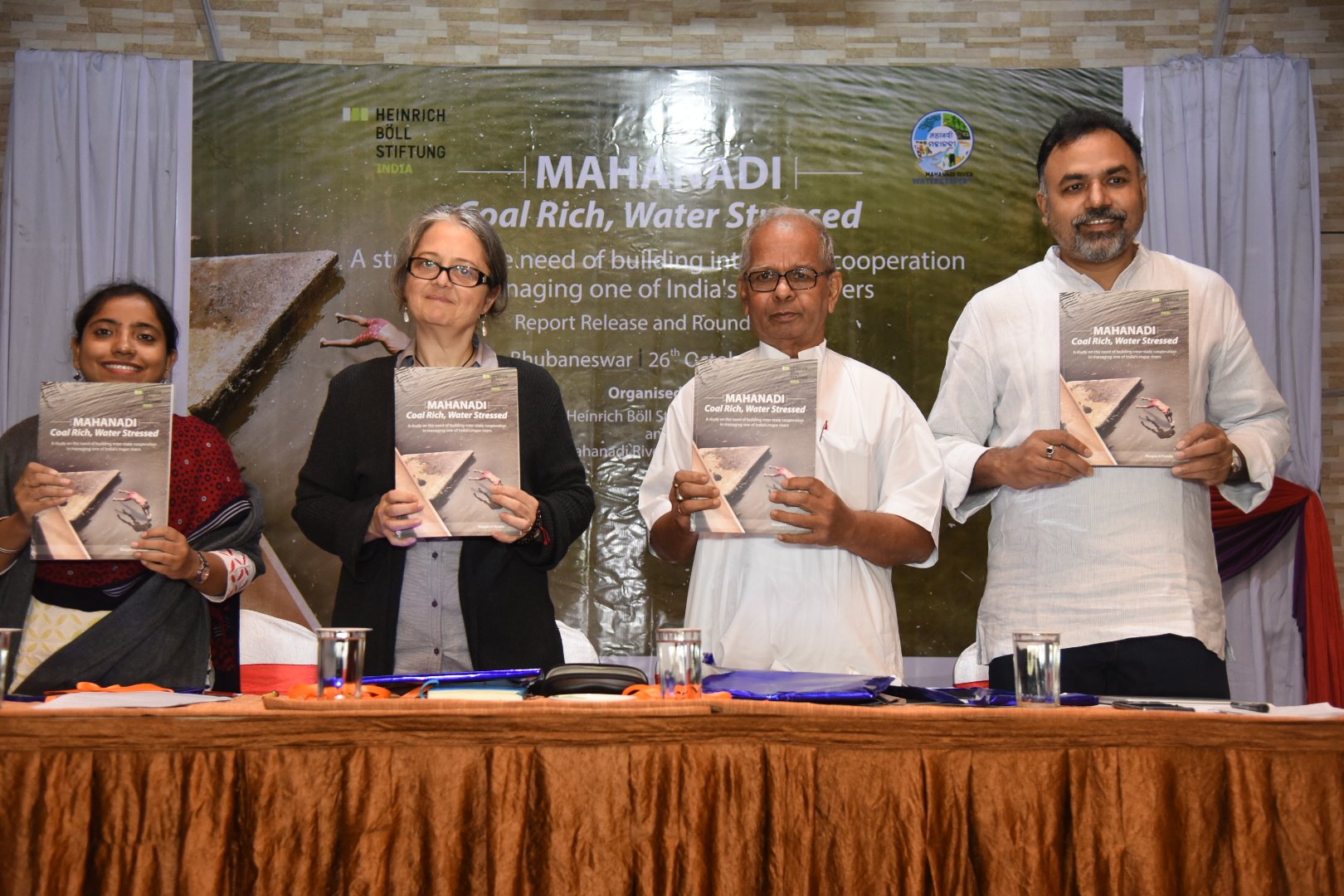 Odisha and Chhattisgarh, two of the richest mineral bearing states of India, have been at loggerheads over the water of the Mahanadi since 2016.

Intense conflicts between the two states has led to the formation of the Mahanadi Water Disputes Tribunal early this year in furtherance of a Supreme Court order to sort out the longstanding dispute between them over the sharing of water from the river.

However, Odisha’s leading water activist Ranjan Panda says that though the Tribunal has been formed, both the states should keep the door open for dialogue. “The need of the hour for the Mahanadi is a joint strategic action between both the major riparian states to help the river survive stress (due to development activities) and get rejuvenated,” Panda said at the launch of his study report “Mahanadi: Coal Rich, Water Stressed” in Bhubaneswar on Friday.

The comprehensive study report on the need of building inter-state cooperation in managing the Mahanadi says that the river is already struggling for its life because of excessive exploitation of the water due to industrialisation and negative impacts of climate change. “The river certainly cannot afford such a conflict. The history of India’s inter-state river disputes tells us that scarcity, or a perceived notion of scarcity, lets the conflict continue for years without an end in sight,” he said.

The study report found out that while the inter-state dispute between Odisha and Chhattisgarh centred on reduced flow of water at the Hirakud reservoir because of the dams and barrages constructed upstream, the impact of coal mines and thermal power plants, and other industries did not come up for discussion. This is because, he said, both the states had committed huge quantities of water to mining and industries in the name of development and been promoting the Mahanadi as a “water surplus” river for inviting more investment into mining and industrial sector.

Odisha and Chhattisgarh have over 24% and 16% respectively of India’s coal reserves. The upper riparian state has reportedly signed MoUs for setting up 1,40,000 megawatt (mw) of coal fired power plants. On the other hand, Odisha is said to have plans for producing about 58,000 mw of coal fired power. According to Panda, if all the plants become operational, the river will be critically water stressed as power plants are huge water guzzlers and that will have adverse affect on agriculture, ecology and livelihood of millions.

The Mahanadi’s coalfield areas spread across both the states are critically polluted. The study report reveals that the people who have sacrificed everything for the mines are now languishing in pitiable conditions without basic amenities. There have been constant fights for water between industries and farmers and other local communities both in Odisha and Chhattisgarh.

“The Mahanadi basin is creating a dangerous cocktail of heat, pollution and empathetic system for farmers,” he said.

Panda said that to find a solution to the crisis, both Odisha and Chhattisgarh governments first need to admit that the Mahanadi is a deficit river. It is time to recognise “the river’s right to life” in the line with the rights enjoyed by Indian citizens, and help it flow freely in healthy condition. The government should help cater to the needs of the riparian communities, maintain biodiversity and other priorities in a sustainable manner.