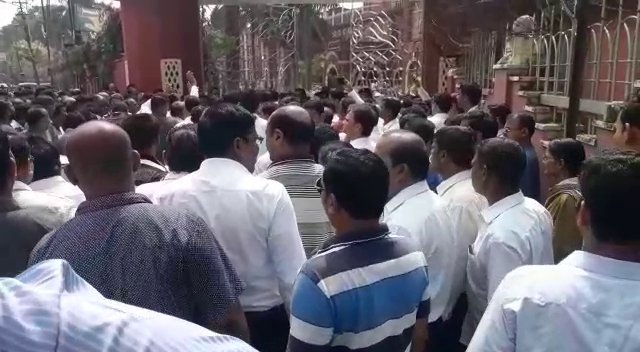 The state of Odisha is virtually struck by the strikes going on by various groups making it a tough time for a dispensation which wears the look of a dart board and that too in a climate of election.

‘Ab tak chhapan’ is what the tagline goes with the Orissa High Court Bar Association, which has crippled judicial functions for last 56 days. The striking lawyers refuse to budge until the security personnel is arrested and the government’s non-committal stance has given further steam to the legal practitioners almost in many parts of the state. And what a fabulous disorder is this that the highest court of the state is rendered literally helpless multiplying the stockpile of pendency.

A similar agitation had started by the lawyers from Sambalpur demanding the creation of high court bench in Sambalpur, or in any area of western Odisha by implication. The matter appears hung in a kind of suspense with each concerned party tossing the issue like a shuttle from here to there. Although the issue is quite old yet it has been refreshed by the lawyers in view of the coming elections. Suddenly the demand for the formation of Titlagarh as a district has turned a new page adding to the list of strikes in Odisha.

The Odisha Congress has come out in the open heaping abuses on the Bharatiya Janata Party for its failure in protecting the sanctity and credibility of the Central Bureau of Investigation, country’s premier investigating agency, which faces one of the most unfortunate times in its history where the two top guys are washing dirty linens in public.

The land of the Sun God, Konark on Friday witnessed a huge demonstration by the Mahila Morcha of the BJP protesting the alleged incident of rape .