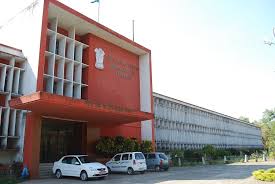 Jharkhand-based CIMFR, which was assigned the task to find out the areas with potential of underground coal gasification and its economic viability, has submitted its report to the Government, according to Institute Director Dr Pradeep Kumar Singh.

Coal gasification is the process of producing syngas which is a mixture primarily consisting of carbon monoxide, hydrogen, CO2 and natural gas. Syngas can further be used to produce electricity, methanol and even diesel.

Coal with high ash content can be converted into methanol that can be used for cooking gas purposes. Natural gas from coal gasification can be cooled until it liquefies for use as a fuel in the transport sector.

Dr Singh told UNI that CIMFR has the technology to convert coal into methanol and ‘even today we are generating 5 litres of hydrocarbon on daily basis from our pilot plant. We have methanol rectifier which converts around 1.5 tonnes of coal daily into methanol. All of them are established technologies and the government needs to fund them,’ he added.

China converts nearly 700 million tonnes of coal into methanol. That output is almost equal to the amount of coal produced by India. ‘We have to delve deeper into methanol economy, or even shift focus towards other biomass which can be further blended into methanol,’ Dr Singh said, adding that the methanol economy was expected to dominate the world in the next 10 years.

At present, coal is the major source of energy and it will not be exhausted in the next 20-30 years. But ‘we should find other sources of energy within this time frame as all the fossil fuels would further dwindle by then. ‘People would prefer renewable sources of energy,’ Dr Singh said.

He said, ‘Apart from coal we have huge reserves of thorium which have not been fully utilised.’ Similarly, gas hydrates, which are below the sea bed, too, have not been exploited. And the day they are exploited, India would not require any other source of energy, he said, adding there is an imperative need of huge investment in these sectors.

Dr Singh also drew attention to the menace of illegal mining in India. A major cause of concern, illegal mining has also been resulting in untoward incidents and sometimes even casualties, he said. Apart from illegal mining, the CIMFR Director alluded to widespread coal theft.

In the recent past, the Centre had also taken steps to curb illegal mining and theft. Rat holes created by illegal mining have been dozed off and filled up with stone and debris wherever possible. Concrete walls were also erected on the mouth of the abandoned mines to prevent access and illegal activities in the vulnerable areas.

Similarly, Radio-Frequency Identification Device based Boom Barriers and CCTV camera at weighbridges, GPRS based vehicle tracking system with geofencing, CCTV camera at strategic locations of all mines were installed to curb the pilferage of coal.

In wake of recent episodes in mining industry which have resulted in major casualties, Dr Singh said CIMFR is working as a knowledge partner of mining companies who work in the complex geographic environment.

“They come to us and we assist them in mining and they are even using our technologies and subsequently implementing them.”

Reports of 15 miners trapped in a ‘rat hole’ mine at Meghalaya in December last year had shocked the nation. As per recent reports, the operation still continues to recover the bodies. Monitoring the situation, the Supreme Court expressed “dissatisfaction” with the Meghalaya government over its handling of the operation.

“We’re not satisfied with rescue operations. No matter whether they are all dead, some alive, few dead or all alive, they should be taken out. We pray to God they are alive,” the Apex Court said on January 3 this year.

Dr Singh added that CIMFR has been extensively working on coal sampling which had resulted in greater efficiency of power plants, increase in load factor and the generation of vast more energy.