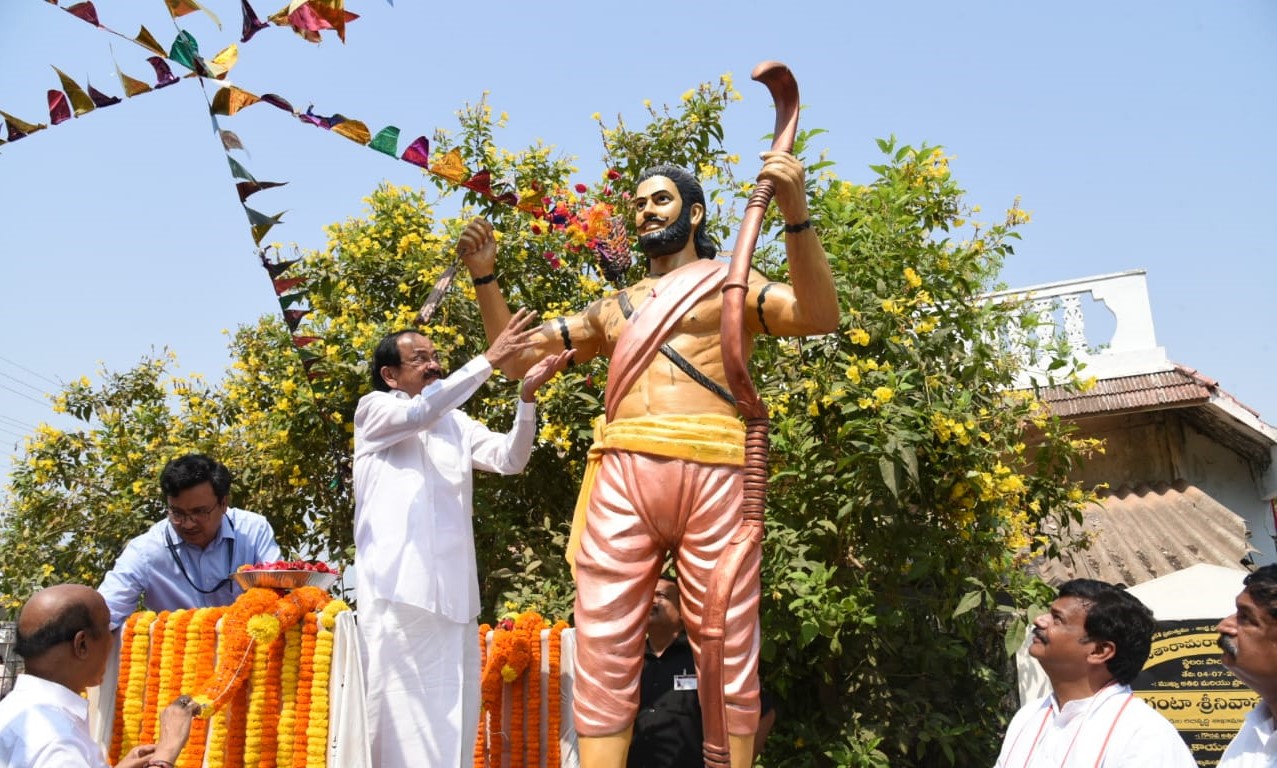 Calling it a memorable day in his life, Naidu said that he was an ardent follower of Shri Alluri since his student days. After garlanding a statue of Shri Alluri, he met the family members of the freedom fighter and interacted with the residents of the village.

Lauding the brave sacrifices of Shri Alluri, Shri Naidu said that “he did not flinch when facing the might of the British empire. His conviction, commitment, selfless dedication and sincerity were unshakeable as he galvanised the tribals to fight against the injustices of the British.”

Writing in a Facebook post later, Shri Naidu suggested that as India celebrates Aazadi ka Amrit Mahotsav, “we must recollect the innumerable sacrifices of our freedom fighters and take inspiration from their patriotic zeal”. He reminded that these heroes fought “not merely for an abstract geographical entity, but to free millions of people from an oppressive and unjust British rule”.

Shri Naidu called upon the youth “to learn the spirit of sacrifice and unwavering commitment from our freedom fighters. They must never compromise on core values whatever be the exigency”. He urged the youth to visit the birthplaces of such great national heroes and seek inspiration by reliving their stories.

The Vice President later visited the village of Ramalayam Barlapeta and unveiled the busts of freedom fighters Shri Rupakula Subrahmanyam and Smt. Rupakula Visalakshi. Interacting with the residents of the village, Shri Naidu lauded the couple’s efforts in the temple entry movement, Quit India movement and the Salt Satyagraha. Shri Naidu said that their lives serve as an inspiration to the present generation and urged that many such unsung heroes’ lives be retold and celebrated.