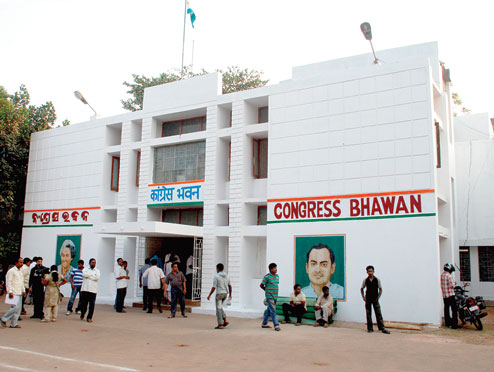 The Naveen Patnaik-led Biju Janata Dal (BJD) enjoys a brute majority with 118 MLAs in the 147-strong state assembly. The Congress, which has ruled the state for the longest period, is a remote second with just 15 seats, that too facilitated by the recent entry of Birmitrapur MLA George Tirkey into its fold, a development that spared the blushes for veteran Narasingha Mishra who might have lost the coveted status of leader of the opposition had the party’s seat tally slid below 15.

Thus, for all practical purposes the Congress is still the state’s main opposition party with the BJP having just 10 seats in the legislature. But the Congress does not seem to be behaving like Naveen Patnaik’s chief opponent. Even with elections approaching, it lacks the aggression that one would expect from a party that boasts of being No.2 in the state. It has not only failed to project itself as an alternative to the ruling BJD but practically conceded its main opposition tag to the BJP, which despite its numerical inferiority in the state assembly, seems more willing than the Congress to take on Patnaik.

Compared to the Congress, the BJP has been more prompt in grabbing issues and has more than once dared the chief minister for an open public debate on the major problems afflicting the state. One may accuse union ministers Dharmendra Pradhan and Jual Oram, who have been leading the BJP’s charge against the state government, of occasionally going over the top but they have never been found wanting in their willingness to enter the battle arena.

The Congress, in comparison, appears to be battle-shy. State Congress president Niranjan Patnaik gives the impression of a confused general who has donned the battle gear but does not know where to go. This has been the party’s dilemma since 2000 when it was ejected out of power in the wake of a super-cyclone that left not only the state but even the Congress’s fortunes in a shambles.

The party is yet to recover. Though there is talk of a comeback every time an election comes calling, the party has been found woefully short of a credible leadership and strategy. The top leadership has either been lacklustre as in the case of Jaydev Jena or lacking the ability to keep the party together as in the case of Prasad Harichandan. Truth to speak, ever since being ousted from power in 2000, the Congress has never been fully prepared to contest a full-fledged election.

This time, too, it seems to be only going through the motions with factionalism entering its worst phase in the party as evident from the sniper attacks of former Union minister Srikant Jena on Niranjan Patnaik and latter’s veiled threat of disciplinary action against him. As it is, Jena has already been removed as the head of state Congress’s manifesto committee.

Jena apparently earned the wrath of the leadership after he sought to embarrass the party president by raising the issue of illegal mining. He, it seems, had also made a deliberate pitch for leaders from Dalit, tribal and OBC sections being projected as the party’s chief ministerial and deputy chief ministerial candidates only to scuttle the chances of Niranjan Patnaik in the unlikely event of party returning to power in the state. And he did all this at a time when the state leadership was trying its best to persuade AICC president, Rahul Gandhi to visit the state.

Embarrassment for the Congress was also acute when Chandra Sagaria, a Jena acolyte who represented Koraput assembly constituency, quit citing his frustration over the party’s failure to ensure justice for the Kunduli gang-rape victim who later committed suicide. While quitting the assembly membership with just a few months left for the general elections did not really entail any sacrifice for Sagaria it did show the party in a poor light and gave a fillip to dissidence.