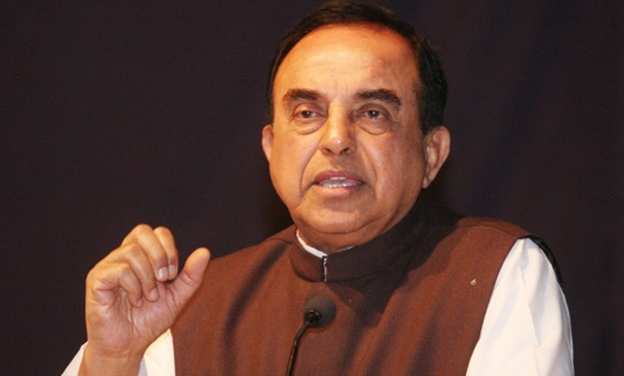 It was nearly a tongue-in-cheek observation from none other than the senior Bharatiya Janata Party leader  Subramanian Swamy, known for his straightness at occasions. In a tweet, Swamy has been categorical to say that it was ‘complacency’ that brought the defeat for the BJP in the three states Rajasthan , Chhattisgarh and Madhya Pradesh.

While advising to start working hard for 2019, he has a jibe at the ‘complacent in our party’. However Swamy has restrained his horses by not naming who were the complacent!

Swamy has tried to waken up the strategists in the party for new thinking and ‘determination ‘ to win the war in 2019 although the party has lost the battle. “The defeat staring on our face, there is new determination to win in 2019,” was a mixed note of consolation and warning from Swamy.

The BJP’s strategists are worried that the saffron party’s vote share dropped in constituencies where Prime Minister Narendra Modi and Uttar Pradesh chief minister Yogi Adityanath campaigned, something that may raise heckles among followers of both the leaders. That means, according to internal analysts, ‘weakening’ of the party in the three states only show that party’s dependence on Modi is going to increase.

The BJP too would like to compensate the losses from Hindi heartland by trying to reap more Lok Sabha seats from other states like Odisha and West Bengal. An ABP News-C Voter ‘Desh ka Mood’ survey released on Monday claimed that the BJP is likely to win 16 out of 21 Lok Sabha seats in Odisha in the 2019 general elections.

A warning that should matter both to the Naveen Patnaik led government in Odisha and an aspiring yet beleaguered BJP trying hard to make political capital out of the factors like anti-incumbency and a knock-kneed  Congress in the state.