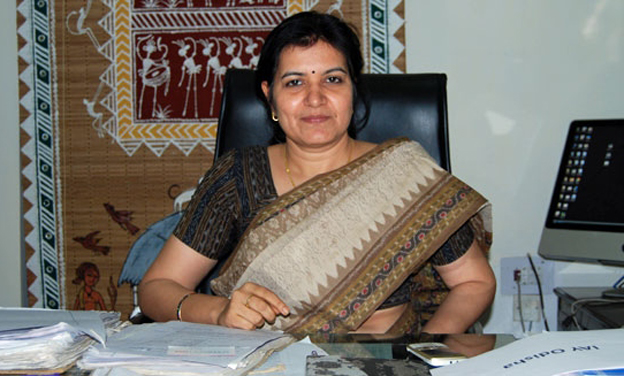 After Prime Minister Narendra Modi’s Odisha visit on Monday, the focus of the local media is obviously Aparajita Sarangi, for a change. A person, who was till the recent past was nearly pitchforked into a topic for a serious political discourse, has suddenly appeared relegated to the background because she could not get the mike at any of the PM’s programmes.

It is all in haste that conclusions are being drawn. And she too was in haste to claim the position of a politically charged touchstone after she came back from Delhi and created an air, as if, she is already steeped in the crosscurrent of radical politics to teach the cadres the way to conduct themselves. Either she was mandated to do so or she was volunteering to emerge as an ideologue with a fiery note; all that had sounded quixotic.

Now, even after the show is over, it will be too premature to force her back to mediocrity. The election season has just started and much more have to come and maybe her way also. But, instinctively many had taken her maiden interaction with the media as intuitive rather than political maturity and maybe that is where she had faulted. In politics, things are more complex than they appear to be.

Surely, it was a set-back for an entrant, who was given a high voltage media publicity a week back and a senior leader from the BJP unilaterally threw open the  space for her to Bhubaneswar Lok Sabha seat in a huff. That was an act of overestimation of a person.

At least, she would have gone on to the podium and joined the chorus of prelude speeches before the arrival of the prime minister. That must be now obvious for Sarangi that given the pervasively changing political narratives of the day, no one should dream to become an iconoclast overnight.