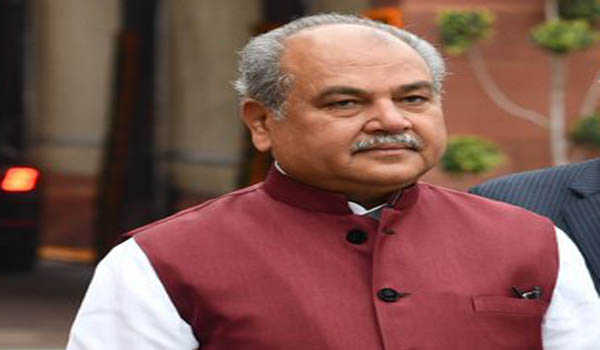 The government is ready to discuss issues, which will be put forth by the Opposition parties in both the Houses, during the ongoing Budget session, Minister of Parliamentary Affairs Narendra Singh Tomar said on Thursday.

‘The government has appealed to all the parties for co-operating in smooth functioning of the Houses. Keeping in mind the limitation of time, the government is ready to discuss with free mind, if the Opposition wants to debate on some of the issues put forth by them,’  Tomar told reporters here, after the All Party meeting in Parliament.

He said the leaders have asked for adequate time to be given to all parties during the discussions.

‘In the All Party meeting, the leaders were of the view that the issues relating to public interest should be debated. All leaders have expectations that adequate time should be allotted to all parties during discussion on President’s address,’ said the Minister.

Earlier, Prime Minister Narendra Modi said the government’s focus lies on issues of national importance and finding solutions to the problems of people.

Addressing Floor Leaders of parties in the Rajya Sabha and the Lok Sabha here,  Modi said, ‘The government’s focus lies on Issues of National Importance and finding solutions to the problems of people.

‘The country expects from all of us to perform our duties as Parliamentarians in a positive manner and we must deliver to the expectations of people,’ he added.

A host of issues were brought up by the leaders of parties, during the meeting.

The Prime Minister assured all leaders that issues raised by them would be taken into consideration by the government and given due importance.

The Interim Budget for 2019 will be presented in the Lok Sabha on Friday at 1100 hrs.