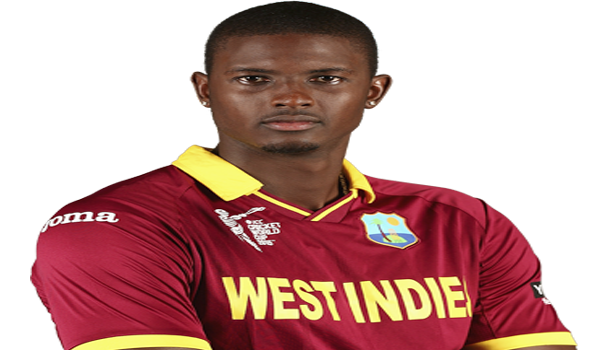 Jason Holder, the Windies captain has become No.1 in the MRF Tyres ICC Test rankings for all-rounders after his sensational performance in Barbados which helped his side to a 381-run win against England.

Holder on Sunday scored his maiden double-century in front of his home crowd in Barbados, and also picked two wickets in the match, helping him a jump of two spots to the top of the all-rounders’ chart.

He surpassed Shakib Al Hasan and Ravindra Jadeja to the top spot. He also rose sharply in the batting rankings, by a remarkable 25 spots, and now sits comfortably at No 33, according to ICC’s official website.

However, the week has been great for Holder who was earlier named in the ICC Test team of the year 2018 for his all-round skills.

Holder has been known as a bowling all-rounder for the most part of his carrier but he massively enhanced his batting reputation by stroking a marvelous unbeaten 202 against England.

Among the others to make notable gains in the latest update to the rankings, following the Tests in Barbados and Brisbane, were the Australian trio of Pat Cummins, Travis Head and Marnus Labuschagne, along with the Windies’ Kemar Roach, Roston Chase and Shane Dowrich.

Sri Lanka’s Niroshan Dickwella also improved his ranking and climbed to No. 37 on the back of his 64, while Suranga Lakmal rose to No.31 on both the bowlers’ (two-place rise) and the all-rounders’ (three-place rise) charts after his spell of 5/75 and a knock of 24.(UNI)