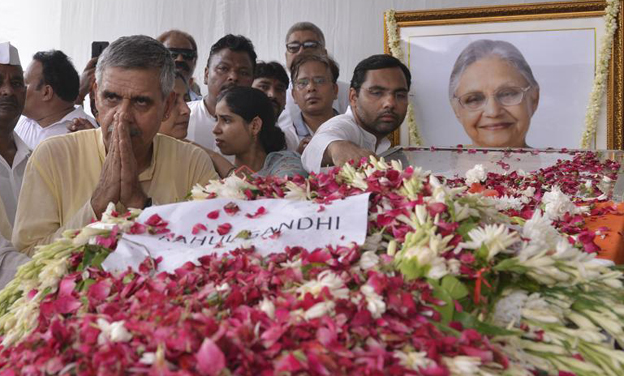 Dikshit was accorded a ‘State Funeral’. Political leaders assembled at the Nigam Bodh Ghat to pay tributes to the former Delhi Chief Minister.

Party sources said according to her wish, being an environment friendly person , her last rites were performed at the Eco-Friendly CNG crematorium at the Nigam Bodh Ghat.

In the morning, mortal remains of former Delhi Chief Minister Sheila Dikshit were taken to the AICC headquarters , from where the funeral procession moved towards the Delhi Pradesh Congress Congress Committee office Rajiv Bhawan and then to Nigam Bodh Ghat, on the banks of river Yamuna.

The vehicle that carried her mortal remains adorned white flowers and had a large portrait of the veteran leader at its front side.

She breathed her last on Saturday at the Fortis Escorts hospital in Okhla after suffering a cardiac arrest.

Her body was kept at her Nizamuddin residence on Saturday where Prime Minister Narendra Modi , LS Speaker Om Birla , UPA chairperson Sonia Gandhi and many other senior political leaders with large number of her supporters visited to pay tributes.

The 81-year-old icon of the Congress, who had been keeping ill for a long time, was admitted to Fortis Escorts Heart Institute, Okhla, New Delhi, in a critical condition with cardiac arrest. The end came at 1555 hrs after a second heart attack.

The Aam Aadmi Party-led government declared a two-day mourning in the capital in her memory.

Dikshit served as Chief Minister of Delhi from 1998 to 2013 for three consecutive terms. 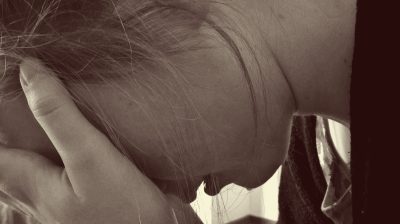