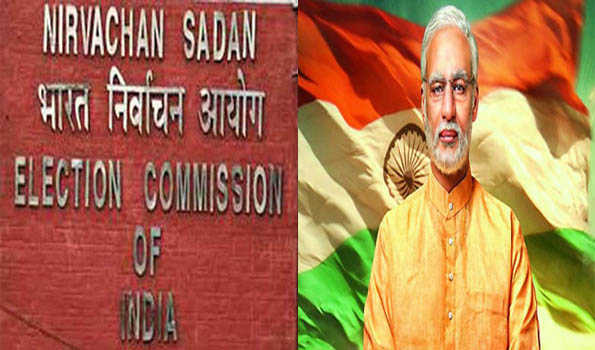 The Election Commission of India (ECI) on Wednesday banned the release of Prime Minister Narendra Modi’s biopic ‘PM Narendra Modi’, which was scheduled to hit screens all over the country on Thursday. The film stars Vivek Oberoi in the title role as Modi.

“Any biopic material in the nature of biography/ hagiography sub-serving the purposes of any political party or any individual entity connect to it, which is intended to, or which has the potential to disturb the level playing field during the elections, should not be displayed in electronic media, including the cinematograph, during the operation of Model Code of Conduct (MCC),” the ECI said in its 7-page order.

In its order, the ECI also said that any poster of publicity material concerning any certified content, which either depicts candidates (including prospective) for the furtherance (or purported further) of electoral prospects, directly or indirectly, should not be put to display in the electronic media in the area where MCC is in operation.

Opposition parties including Congress have been demanding the postponement of the release of the film as they feel its release during the election time violate the MCC.

The Congress welcomed the order of the ECI to stall the release of the Modi biopic. Congress spokesperson Abhishek Manu Singhvi said,’’EC has arrested growing perception of inactivity or tardiness and considerably redeemed its preeminent position as mega policeman during elections and model code of conduct by banning Modi #biopic. The Supreme Court had also referred to EC in its order yesterday. Way for EC to go, consistently.’’