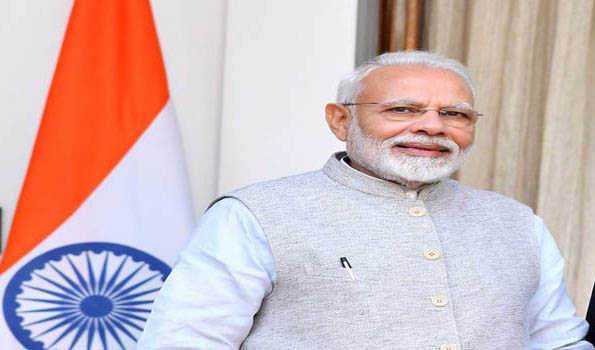 Today is the 70th Republic Day. Prime Minister Narendra Modi on Saturday morning greeted the citizens on the important occasion.

“Happy Republic Day to all fellow Indians,” he tweeted. In another missive in Hindi, Mr Modi wrote:

The main function will be held at the Rajpath in the national capital where President Ram Nath Kovind will take the salute of the parade and the flypast.

South Africa President Cyril Ramaphosa is the Chief Guest at the Parade this year. He is the second South African president after Nelson Mandela to get the special honour.

In Mumbai at the Republic Day function at Shivaji Park, the chief guest will be the visiting Mauritius Prime Minister Pravind Jugnauth.

The Republic Day Parade Ceremony will commence with Prime Minister Narendra Modi leading the nation in paying homage to the martyrs by laying a wreath at the Amar Jawan Jyoti at India Gate.

Around 25 thousand security personnel have been deployed across the city and security has been beefed up at strategic locations in central Delhi.

This year all women marching contingent of the Assam Rifles will take part for the first time.

This year – a special contingent of four members of veterans of Indian National Army who fought valiantly against the imperial forces will also take part in the Republic Day Parade.

As this year celebration marks the 150th birth anniversary of Father of the Nation Mahatma Gandhi, the theme of tableaux is Mahatma Gandhi.

Swachh Bharat Abhiyan and Saubhagya Yojana are some of the themes of the tableaux of various Ministries.

The Tableau of Gujarat government will depict the historic Dandi March and Uttar Pradesh will showcase Mahatma Gandhi historic journeys particularly to Varanasi and ‘Kashi Vidyapeeth’.

Maharashtra will portray the Quit India Movement among others sources said while the West Bengal tableau will show Mahatma Gandhi and Rabindranath Tagore sitting together.

This year’s parade has a special significance as about 300 overseas Indians and people of Indian origin who had come to attend the Pravasi Bharatiya Divas celebrations at Varanasi would also attend the majestic ceremony.