We have to protect our forests and indigenous communities to save our rivers, say environmentalists 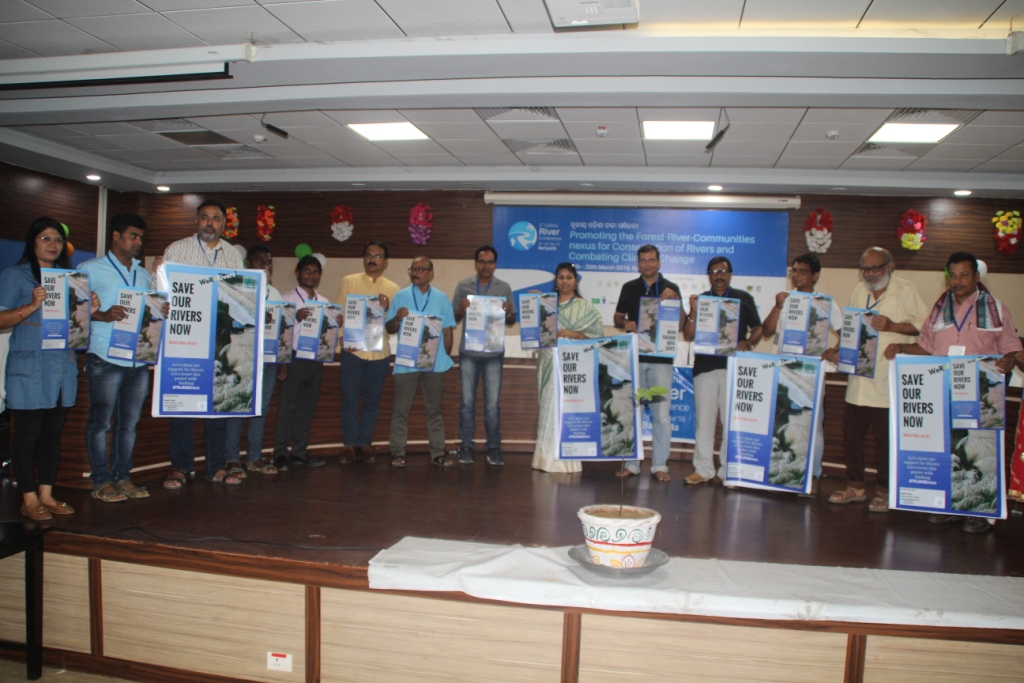 In this context, the River Conference, a pioneering initiative of civil society organisations to keep the rivers and other natural bodies intact, in its third chapter underlined the theme – Promoting the Forest-River-Communities nexus for Conservation of Rivers and Combating Climate Change.

Held at Baripada, district headquarters of Mayurbhanj, for two days on March 24 and March 25, the third chapter of the River Conference was attended by over 250 people including forest and river basin dwellers, farmers, fisher folks along with civil society representatives, academicians, journalists, river and water experts from across the country.

The participants came up with a set of recommendations on the community perspective of river and forest conservation framework for combating climate change. The conference, a collective effort of 35 civil society organisations, NGOs and INGOs, was led by Sambalpur based Water Initiatives Odisha, Vasundhara of Bhubaneswar; and Gram Swaraj of Baripada.

According to Ranjan Panda, the lead organiser, also popularly known as ‘water man of Odisha’, it is high time the inter-relationship between forests, rivers and communities is seriously explored. He suggested that two important factors needed to be brought into the purview – rights of the local and indigenous communities over forests and water and role of forests in building climate resilience.

Panda said that it was also important to assess the current plantation and afforestation models and their roles in enriching water resources, river basins and impacts of the same on tenurial rights of the forest/ riparian communities.

He said that environmentalism had been limited to planting trees. “While it is important to plant trees, it is more important to protect natural forests and water resources. The new generation should be taught about the multiple functions and values of ecologically suitable local species,” he pointed out.

He stressed on the species which were vital for surface water recharge. “It is unfortunate that we are destroying natural forests and planting alien species like eucalyptus and acacia which further deplete our rivers and water resources,” Panda said.

Noted conservationist Ashok Panigrahi said that forest-water-communities inter-relationship was an important discourse in view of the recent Supreme Court order on eviction of forest dwellers whose claims over forest land they had been cultivating and inhabiting on were rejected. According to him, if the forest dwellers are going to be evicted from the land where they have been staying for generations, neither the forests nor the wildlife is going to be protected and it would sound the death knell for the streams and rivers that originated from forests.

He said that the communities collected minor forest produce from forests and ensured the forests and water resources were used sustainably. It ensured conservation of rivers and their livelihood, he added, and urges upon the community members to take the lead to ensure the life and flow of rivers before they get dry.

Ardhendu Chatterjee of Development Research Communication and Services Centre, Kolkata was of the opinion that people should get rid of the idea that jungle is for animals only and driving the forest dwellers away could keep the animals and forests safe. “On the other hand, forests, animals, forested communities and water resources are interlinked. One cannot exist without the other. So, we should urge upon the Supreme Court to withdraw its recent order that is about to evict more than one million tribal and forested communities from their forests,” he says.

Satish Sharma, a veteran ecologist from the Foundation of Ecological Security in Udaipur said that forests were not just carbon sinks, they were the source of lives and livelihood of millions of local and indigenous communities. They recharged rivers and played a vital role in ensuring water security for all in a sustainable manner, he said. “If forests are destroyed, the rivers will get dry and with the rivers, most of the rituals associated with them will die. This will lead to a downward movement our happiness index,” he said, adding that this was time to promote integrated ecological river basin models to protect rivers by taking all the stakeholders – rural communities, youth, academics, experts and civil societies together.

B.V. Subba Rao from the Centre for Resource Education and Management, Hyderabad said the land-water-forest-human relationship is age-old. “However, this relationship has got a metamorphosis. The emotional bond between the three is no more there. Land, water and forests are seen as commodities,” he said.

He expressed concern over the fact that the policy makers were now focusing on exploring and exploiting the natural resources. “Rivers are not safe in the country. We need to carry out a different review – something like a sustainable water audit – of the entire river system to save our rivers,” he says.

According to Bishakha Bhanja of Water Aid India, women have been the silent protectors of forests, but unfortunately their efforts go unrecognised. “They are enriched with their traditional knowledge on how to make proper use of water so that ground water level is maintained. We should look into women perspective while talking about water conservation,” she said.