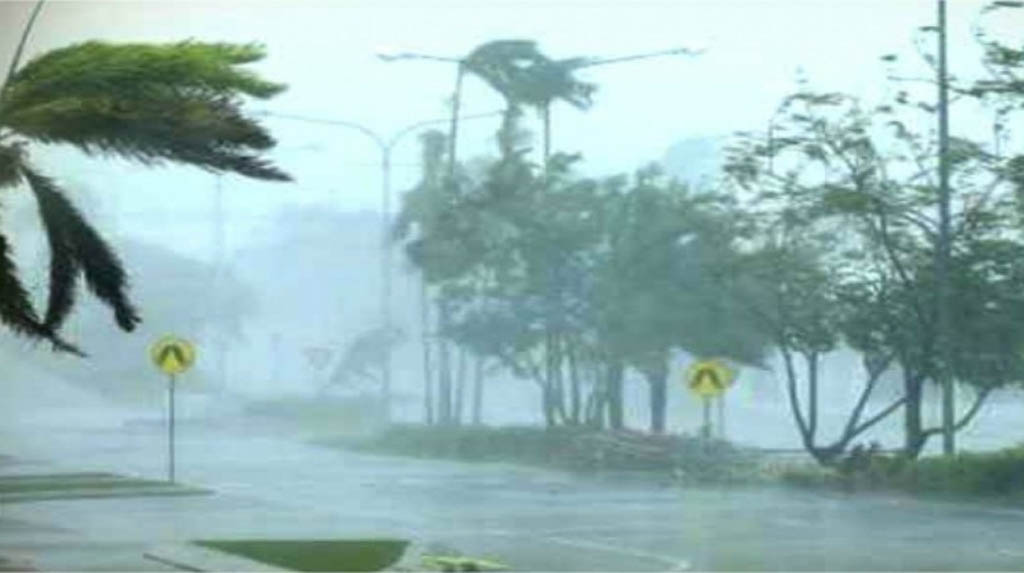 New Delhi: Cyclone ‘Amphan’ weakened into a Very Severe Cyclone Storm, while half of its eye is over land and the entire eye will be over too soon, the India Meteorological Department said on Wednesday evening.

The India Meteorological Department (IMD) had said that Amphan’s landfall process began in Sundarbans in West Bengal in the afternoon on Wednesday and is expected to continue till the evening.

The cyclone currently has an intensity of 150-160 kmph gusting to 175 kmph. It lay currently centred about 15 km from Sagar island, 80 km from Kolkata and 80 km east-northeast of Digha.

IMD Director General Mrutyunjay Mohapatra said: “After crossing the coastal areas of West Bengal and Bangladesh, Cyclone is expected to reach Kolkata by this evening.”

Storm surge during the landfall in West Bengal is expected to be four to five metres above the astronomical tide. The surge is expected to inundate low-lying areas of South and North 24 Parganas and parts of East Medinipur district.

“Tidal waves can go around 10-15 km inward from the coast, through the river system,” the Director General said.

The weather condition would result in uprooting of trees, communications and power transmission poles, bending of telephone lines and extensive damage to kutcha and even pucca houses and crops and plantations

NDRF has positioned over 41 teams to carry out evacuation and relief, its Director General S.N. Pradhan had said on Tuesday.