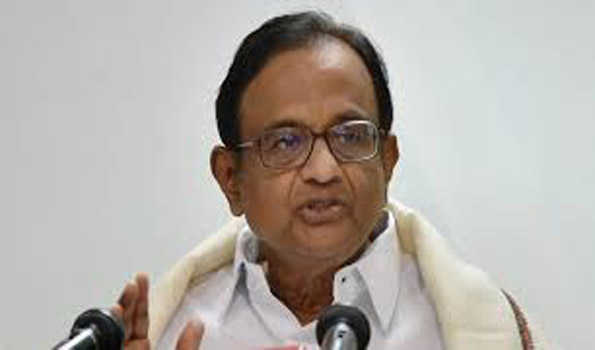 New Delhi, Nov 4 (UNI) Jailed senior Congress leader P Chidambaram has lashed out at the NDA Government for ‘mismanagement’ of the economy, saying it is “incompetently managed and doing badly”.

Citing an editorial in the Economist magazine, the former Finance Minister, who is in jail for alleged corruption in the INX Media case, said ‘I have asked my family to tweet the following on my behalf:Read the Economist magazine of October 26. It is read by the Fortune 500 companies that must invest in India.’