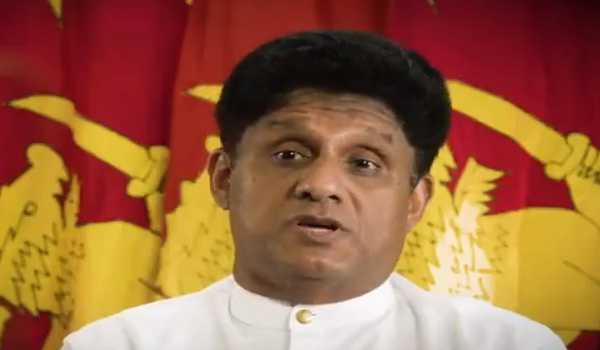 Colombo, Nov 7 (UNI)New Democratic Front (NDF) presidential candidate Sajith Premadasa on Thursday said he would appoint a new Prime Minister, if he is voted to power.

His remarks came after Prime Minister Ranil Wickremesinghe recently told reporters that he would continue to remain in his position as PM, during Mr Premadasa’s tenure as President as well, local media reported.

“I will not include any individual accused of corruption in my Ministerial Cabinet,’ the New Democratic Front (NDF) presidential candidate told a private TV station. He said he would conduct the Parliamentary Elections at ‘the earliest’.

‘Nepotism and the old corrupt political system should end. The authoritarian politics, which sees individuals clinging onto power by the use of force or violence, should end,’ Mr Premadasa said.

All parties affiliated to the Tamil National Alliance (TNA) have decided to support Mr Premadasa at the coming Presidential Election on November 16, a statement isuued by the TNA said here.