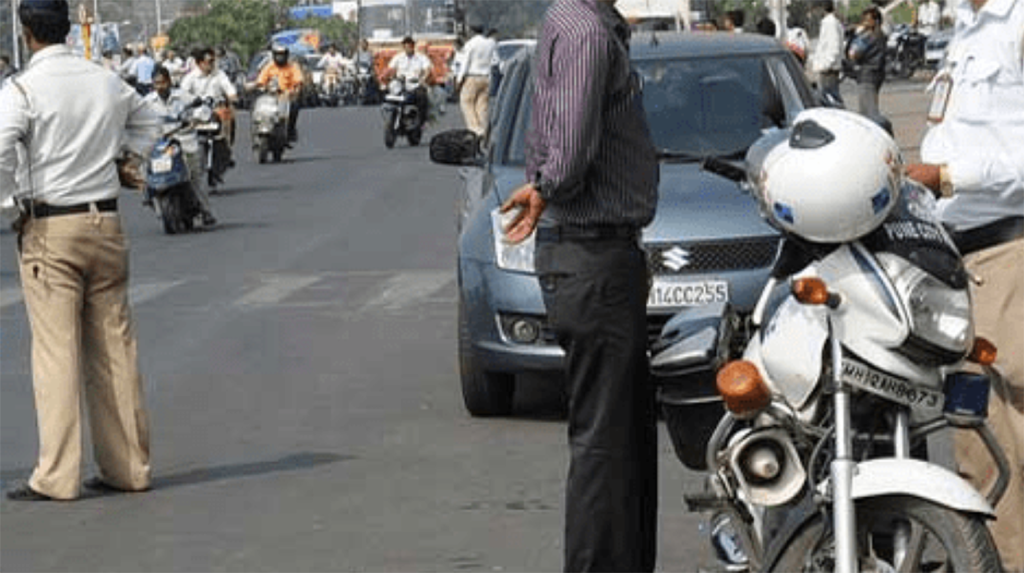 Hamirpur (UP): The Uttar Pradesh Police has fined a man for driving a car without wearing a helmet!

The matter came to light after the vehicle owner, Prashant Tiwari of Manna Gaon in Hamirpur district, received an e-challan on his mobile phone.

In the message, the RTO informed Tiwari that he had been fined Rs 500 for driving his four-wheeler, a Mahindra Bolero car, without a helmet on November 30 last year.

Earlier, one Piyush Varshney had claimed that he had started wearing a helmet while driving his car after he was fined for not wearing one. This incident took place in Kanpur.

He had received an e-challan of Rs 500 on August 27 for not wearing a helmet while driving his four-wheeler. In protest, he has started a black helmet every day while driving.

The traffic police in Uttar Pradesh have gone into overdrive after the new rules came into force, following the amended Motor Vehicles Act.