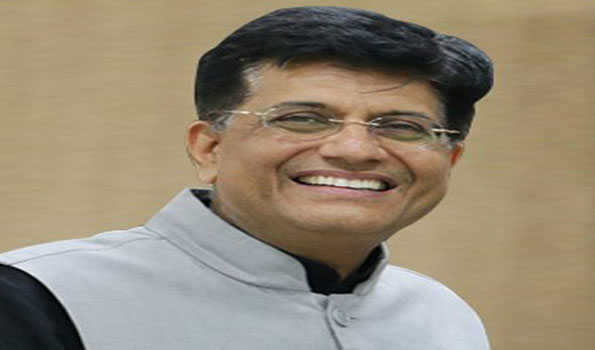 (UNI) President Ram Nath Kovind on Wednesday temporarily assigned the portfolio of Finance and Corporate Affairs Ministry to Piyush Goyal during the period of indisposition of Arun Jaitley.

“The President of India, as advised by the Prime Minister, hereby directed that during the period of indisposition of Mr Arun Jaitley, Minister, the portfolios of Minister of Finance and Minister of Corporate Affairs held by him, be temporarily assigned to Mr Piyush Goyal, in addition to his existing portfolios,’ a Rashtrapati bhawan communique said.

“Further, as advised by the Prime Minister, Mr Arun Jaitley be designated as Minister without portfolio during the period of his indisposition or till such time he is able to resume his work as Minister of Finance and Minister of Corporate Affairs,’ the communique added.