PM to embark on crucial visit to US to attend UNGA meet, interact with global leaders 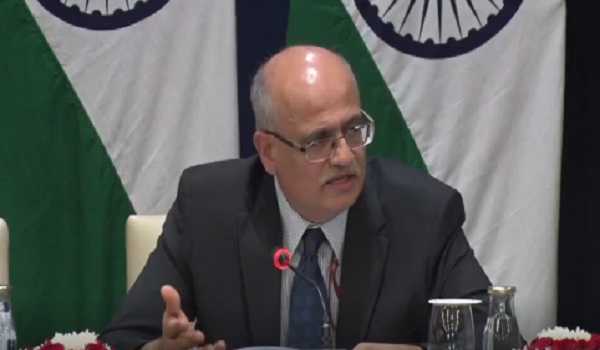 Prime Minister will be embarking on a week long visit to the United States beginning September 21 to address the UN General Assembly and will be engaging himself with global leaders including President Donald Trump in bilateral and multilateral levels.

The Prime Minister will flag off what India is doing on key issues including terrorism, climate change and economy.

Foreign Secretary Vijay Gokhale said Prime Minister Modi will address the Indian community at the much awaited ‘Howdy Modi’ mega event at Houston on September 22 which will be attended by about 50,000 Indian community members and also President Trump.

There will be a bilateral meeting with President Trump and the Prime Minister will also meet about 20 other world leaders.

“Mr Modi’s Houston address will be his third such address in the United States…the first one was at Madison Square Garden in 2014 and the second one at the Silicon Valley in 2016,”  Gokhale said.

“We are delighted that President Trump as well as senior leaders of the Democratic leadership of the US will also attend. The presence of these leaders will reflect the high standing influence of the Indian diaspora,” the Foreign Secretary said adding this will also show that Indo-US relations enjoy “bipartisan support” of the political leadership of the US.

After the grand event, the Prime Minister will also have a separate interactive session with the members of the US Congress.

On September 23, Modi will attend several multilateral meetings including a Climate Summit to be hosted by the UN Secretary General. The Prime Minister will address the session.

Mr Gokhale said on September 23, there will be a Leaders’ Dialogue on the theme – ‘Strategic Responses to Terrorists and Violence’ which will be jointly hosted by the King of Jordan and French President Emmanuel Macron among others.

On September 24, UN Secretary General Antonio Guterres will host a lunch for the global leaders who will be attending the UN General Assembly.

India will host a special event to commemorate the 150th birth anniversary of Mahatma Gandhi in the UN, Mr Gokhale said adding the event is titled ‘Leadership Matters – Relevance of Gandhi’ and Mr Modi will be joined by some heads of governments and nations on the occasion.

Bangladesh Prime Minister Sheikh Hasina, Korean President Moon Jae-in and Singapore PM Lee Hsien Loong among others will also share their perspective on the ‘Relevance of Gandhi’. The UN Secretary General will also address the event.

On that day in another event, Prime Minister Modi will be honoured with a special award by the Gates Foundation for his contribution in the field of sanitation.