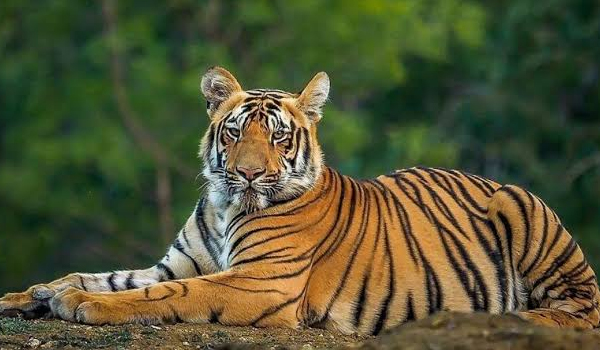 Panaji, Jan 6 : The exact cause of the death of an approximately four-year-old Royal Bengal tiger, found dead on Sunday, in the Mhadei Wildlife Sanctuary in North Goa, would be ascertained only after examination of viscera drawn from the carcass, sources said.

On Sunday afternoon, villagers of the Golvali in North Goa’s forested Sattari sub district, stumbled upon the rotting carcass of a tiger, which Forest Department officials claimed was nearly a week old.

“Prima facie it appears that the tiger could have died due to poisoning, but we will know for sure after a viscera examination of its internal organs. The death appears to have happened around a week back from the condition of the carcass,” a Forest Department official said on condition of anonymity.

He also said, that around a fortnight back, a full grown cow and a buffalo had been found killed by a large wild animal in a nearby village. “We are examining if the two beasts were killed by the same animal,” the official also said.

Goa Chief Wildlife Warden Santosh Kumar when contacted said he was unable to arrive at the conclusive cause of death until a post-mortem is conducted on Monday. “Until now there is no clear indication about the cause of death,” Kumar said.

The Golvali village is located in the lower reaches of the Western Ghats. The Mhadei Wildlife Sanctuary is a part of a tiger corridor, which spreads across the forests in Goa, Karnataka and Maharashtra. As per a census conducted by the central wildlife authorities, the presence of five tigers was recorded in Goa.

In 2009, an adult male tiger was found dead in the same sub district, from injuries after the beast was trapped in a wire snare laid out by poachers.