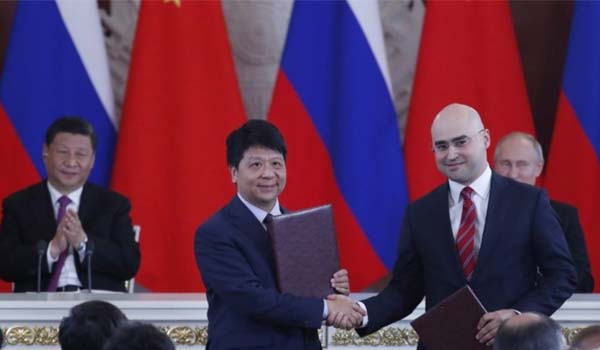 UN Secretary-General Antonio Guterres welcomed the first meeting between Russian Foreign Minister Sergey Lavrov and his Georgian counterpart, David Zalkaliani, since 2008, the UN chief’s spokesman, Stephane Dujarric, said. The meeting was held on the sidelines of the 74th Session of the UN General Assembly in New York on Thursday. The talks were organized with the participation of Switzerland, which is mediating the relations between Moscow and Tbilisi that have no diplomatic ties.

“The Secretary-General welcomes the 26 September meeting between the Foreign Ministers of Georgia and the Russian Federation, facilitated by Switzerland, on the margins of the United Nations General Assembly in New York. The Secretary-General appreciates Switzerland’s good offices role for this initiative. He hopes that it will contribute to overall peace and security in the region,” Dujarric said in a statement late on Thursday. On Thursday, the Georgian Foreign Ministry said that during their meeting, Lavrov and Zalkaliani discussed bilateral relations and the situation in the breakaway republics of Abkhazia and South Ossetia. According to the Russian Foreign Ministry, the sides also addressed regional security issues. The republics declared independence from Georgia in the early 1990s.

On August 7, 2008, Georgia launched a military offensive against South Ossetia and then partially destroyed its capital of Tskhinval. Russia sent troops to South Ossetia in an attempt to protect local residents, many of whom were Russian nationals. After five days of hostilities, Russia managed to expel Georgian troops from the self-proclaimed republic. Moscow recognized the independence of South Ossetia and Abkhazia in August 2008 prompting Georgia to cut off its diplomatic ties with Russia.