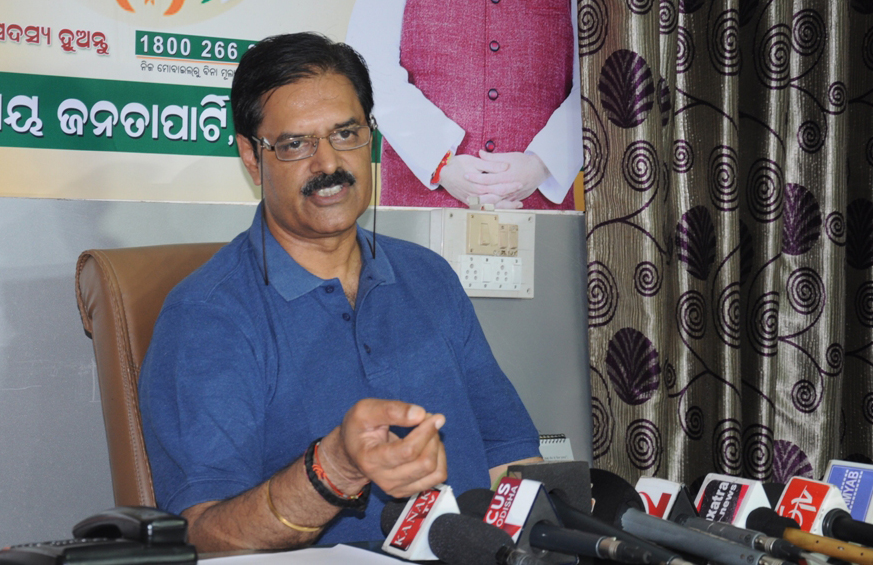 It was bit unusual that during an obituary motion a leader from the opposition takes an unprovocked dig at the leader of the house . That;s what happened in the opening day of the monsoon session of Odisha Assembly. When the legislative party leader of the BJP K.V.Sinbgh Deo was reaading out his condolnce speech, as he kept reading on, slowly the surprise over the omission of the names of the departed leaders like Somnath Chatterjee or M.Karunanidhi was not over , the issue grew unsavory when he described Vajpayee as the political mentor of Naveen Patnaik and added that had Vajpayee been alive he would have regretted over his choice seeing what way Naveen Patnaik is running the government.

For any neutral  person acquainted with legislative procedures and the common assumption about an obituary speech, the occasion is not meant to settle the political scores  but express one;s views  without using any veil to side-step the real issue and trying to demean the leader of the house or any leader for that matter. Such take-downs are normally not welcome during an obituary motion.

Impartially speaking there was no occasion for Singh Deo to be so personal with his remarks during an obituary and what it smacks of is a kind of political frustration that some times prompts politicians to
go beyond the prescribed limits. Whether Vajpayee ji, had he been alive, would have regretted for poor performance of Naveen or not, an imaginary retrospection by Singh Deo was surely out of the context and unsavory.

It was the broad-minded take from the chief minister and the treasury bench in particular not to have reacted with anything unwelcome in nature. Even the leader of the opposition Narasingha Mishra, afterwards  dubbed it as ‘unfortunate’ and refused to prolong the debate on it.