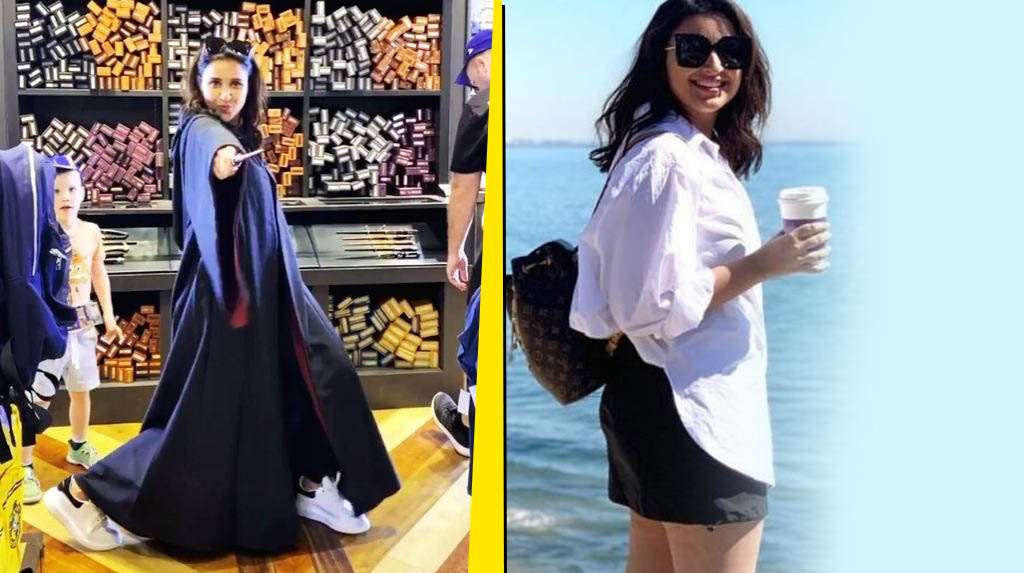 Mumbai:  Bollywood actress Parineeti Chopra was in a mood for magic as she channelled her inner “Harry Potter” spirit.

“Like a good Muggle” — Parineeti took to Instagram, where she shared a boomerang video of herself in a robe and holding a wand.

“Anyone who knows me knows I am a Harry Potter fan (obsessed would not be an exagerration). So I went to Universal, wore his robes and bought a wand. Like a good Muggle,” she captioned the clip.

Parineeti was visiting the Universal Studios in Hollywood, where she took the picture which currently has over 683K likes on the photo-sharing website.

The novels chronicle the lives of a young wizard — Harry Potter, and his friends Hermione Granger and Ron Weasley — all of whom are students at Hogwarts School of Witchcraft and Wizardry.