Pak Army says passport is must: Kartarpur Corridor to be inaugurated on Nov 9 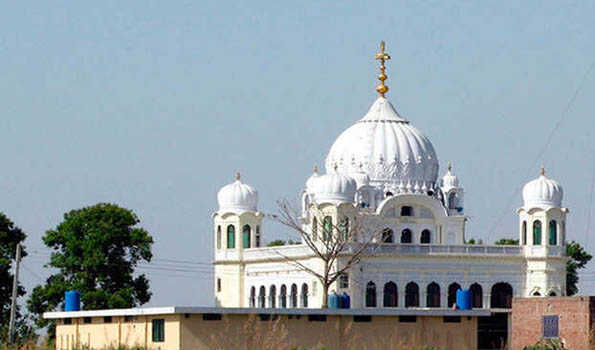 New Delhi, Nov 7 (UNI)  The much awaited Kartarpur Corridor will be inaugurated on November 9 and the first lot of pilgrims will visit Kartarpur Sahib Gurdwara in Pakistan’s Punjab province and pay obeisance.

Maj Gen Ghafoor had said on Wednesday, “As we have a security link, the entry would be a legal one under a permit on a passport-based identity. There will be no compromise on security or sovereignty”.

On November 1, Mr Imran Khan has announced in a tweet that he had waived two requirements relating to passport and registering ten days in advance for Sikhs visiting Kartarpur from India.

The corridor is likely to be inaugurated by Prime Minister Narendra Modi in Indian side and by his Pakistan counterpart Imran Khan across the border.

Union Home Minister and BJP chief Amit Shah on Wednesday said with the opening of Kartarpursahib corridor on Guru Nanak Devji’s 550th birth anniversary, Parkash Purab, the Prime Minister would be helping to realise the ‘long cherished’ dream of millions.

“On 9th (of November), let us witness history being created as PM Narendra Modi dedicates this corridor to the nation,” Mr Shah tweeted.

He also has said, “Kartarpursahib Corridor is a historic achievement that generations of devotees will remember. It will find special mention in the annals of history”.

Addressing a special session of the Punjab Assembly to commemorate the 550th birth anniversary of Guru Nanak Devji, Dr Manmohan Singh said in Chandigarh, “Peace and harmony is the only way forward to ensure a prosperous future. The Kartarpur model may be replicated in future too for a lasting resolution of conflicts”.