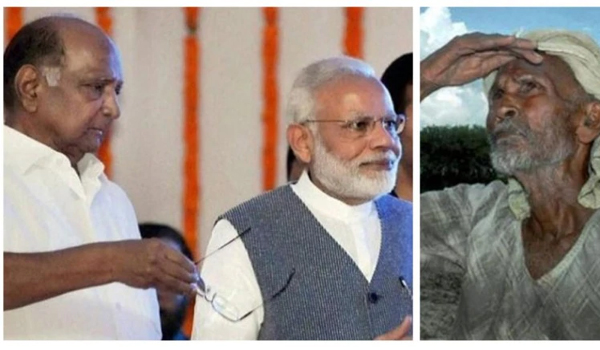 New Delhi, Nov 20 (UNI) Amid the deadlock continues over the government formation in Maharashtra, NCP chief Sharad Pawar on Wednesday met Prime Minister Narendra Modi over the relief for drought hit farmers in the state.

“Met Prime Minister Narendra Modi in Parliament today to discuss the issues of farmers in Maharashtra. This year the seasonal rainfall has created havoc engulfing 325 talukas of Maharashtra causing heavy damage of crops over 54.22 lakh hectares of area”,  Pawar tweeted after the meeting.

Pawar said that he brought to notice the alarming situation of the state to the attention of Prime Minister.

“To take a stock of this unprecedented situation and address the concerns of distressed farmers I had visited Nashik and Vidarbha in first half of November. This year the returning monsoon devastated almost every standing crop in major parts of Maharashtra. I brought to notice this alarming situation to the kind attention of Prime Minister”,  Pawar further tweeted.

“Due to the prevalence of Presidential Rule in the state, your urgent intervention is highly necessitated. I shall be grateful, if you take immediate steps to initiate massive relief measures and ameliorate the miseries of distressed farmers,” he said in the memorandum.

Pawar’s meeting held with the Prime Minister at a time the NCP is trying to form the government along with the Congress and the Shiv Sena.

The NCP chief had met Congress president Sonia Gandhi on Monday and discussed about ‘political situation’ in Maharashtra and ruled out any discussions on the alliance with the Sena.

However, it is learnt, that the Congress and NCP is discussing the possibilities to align with the Sena, though, the former is cautious, due to the saffron party’s ‘hardline Hindutva’ stand.

Sena leader Sanjay Raut had also met Mr Pawar on Tuesday that fuelled the possibilities of forming the government and the Sena leader had also indicated that there will be a government in the first week of December.

The NCP and the Congress is also planning to meet this evening for ‘further talks’ on the government formation in Maharashtra.

It is also noted that Pawar’s meeting with the Prime Minister took place , days after  Modi had praised Pawar’s NCP.

“Today, I want to appreciate two parties, NCP and BJD (Biju Janata Dal of Naveen Patnaik). These parties have wonderfully adhered to parliamentary norms. They have never gone into the well of the house (to protest). Yet, they have made their points very effectively. Every political party, including my party, should learn from them,” the Prime Minister said, while opening a debate to mark the 250th session of the Rajya Sabha. 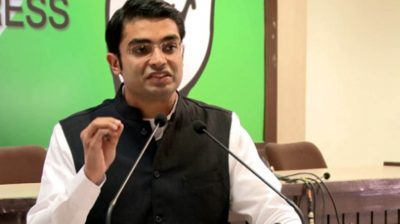