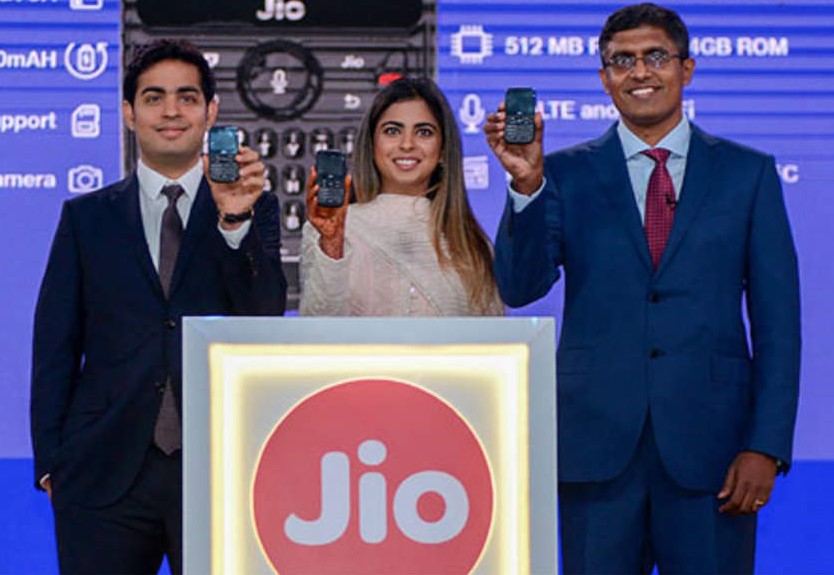 
Bhubaneswar, 25.11.2019: Further expanding its revenue leadership position in the telecom and digital services segment in Odisha, Reliance Jio achieved over 48.1% market share in gross revenue for the quarter ending September 2019, revealed the latest financial report on the sector released by Telecom Regulatory Authority of India. Jio’s market share of 48.1% in gross revenue in Odisha in the quarter spanning from July – September 2019 is over 12% higher than nearest rival Bharti Airtel.

In terms of adjusted gross revenue (AGR) in Odisha in this quarter, Reliance Jio further consolidated its leadership position with a massive 56.8% market share, moving far ahead of all other service providers, said the TRAI report. As per the report, Reliance Jio achieved gross revenue of Rs. 469.7 crores in the quarter spanning from July-September 2019, followed by a distant Bharti Airtel with Rs. 349.4 crores, Vodafone Idea with 94.7 crores and BSNL with 59.4 crores.

Nationally also, Reliance Jio has further consolidated its position as the top revenue earner in the sector with 34.7% market share in gross revenue as per the latest financial data released by TRAI for quarter spanning from July to September 2019.

It is worth mentioning here that Reliance Jio has been continuously adding highest number of subscribers in Odisha every month, fuelled by its all 4G network, fast expansion of its 4G network coverage in the hitherto unconnected hinterlands and the hugely popular affordable ‘JioPhone – India ka Smartphone’ in rural as well as semi-urban population.