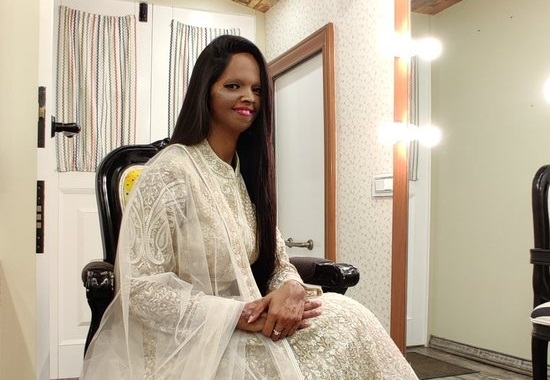 New Delhi, In a powerful campaign video for an online beauty store, acid attack survivor and activist Laxmi Agarwal – who has inspired the recent Bollywood release ‘Chhapaak’ – gives out the message that she is not defined by make-up.

Nykaa’s campaign #WhatMakesYouBeautiful features Laxmi in a video that, at first, shows her dressing up and applying make-up. It stops mid-way to say that Laxmi didn’t feel herself in make-up, and wanted to remain as she is in a world that stresses too much on ‘looking’ beautiful.

The film with a surprise twist challenges the beauty standards women grow accustomed to all their lives.

“The physical expectations that come with the beauty standards we are used to, are sometimes exhausting. Women often end up feeling terrible about themselves, surrounded by a world of filters and social media perfection they could never live up to,” the brand said in a statement.

The fierce activist, who suffered burns on her face due to acid being thrown on her by a man, and her tireless efforts over the years has actually helped restrict the casual sale of acid in the country and has made the prosecution of acid attack cases easier to pursue.

Urging women everywhere to “be their own kind of beautiful”, the campaign questions and redefines the perceptions of beauty that women have been conditioned to live with.