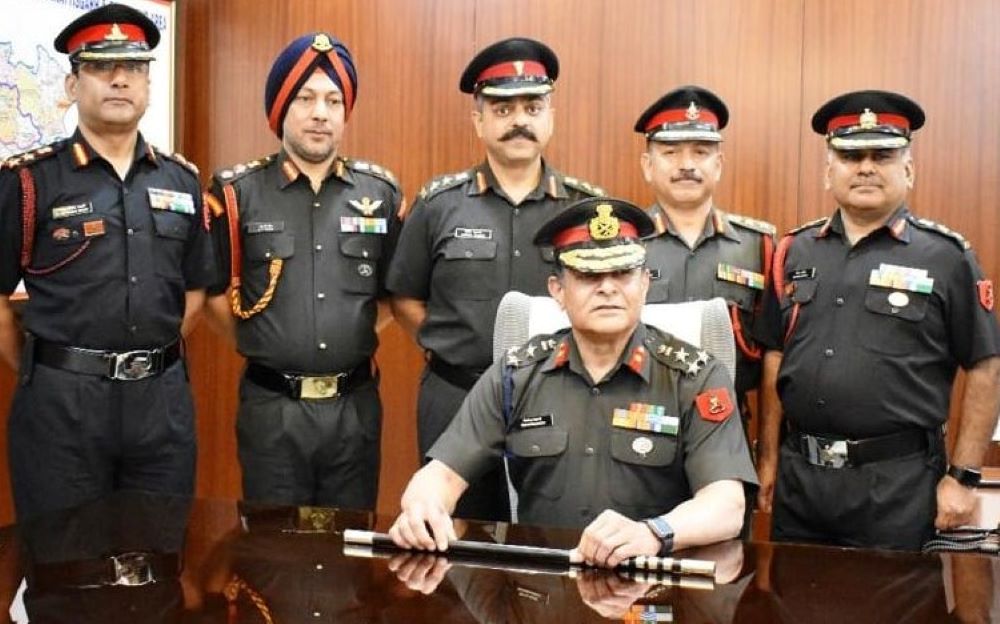 Bhubaneswar: Brigadier VigneshMahanti, Sena Medal took over the charge of Chhattisgarh and Odisha Sub Area (COSA) as Commander on 31 January 2022 from Brigadier Prashant Chauhan, Sena Medal at a solemn ceremony at Naya Raipur.

The outgoing Sub Area Commander Brigadier Chauhan was instrumental in developing an excellent working relationship with the State government and in maintaining and promoting the footprint of the Armed Forces in the states of Chhattisgarh and Odisha.

“The contribution of Brigadier PrashantChauhan, Sena Medal meeting the aspirations of troops, veterans and widows and the respect that all ex-servicemen gained in the community during his leadership role will be missed”, a senior veteran commented.

He is an alumnus of the National Defence Academy (Khadakwasla), Army School of Ammunition (UK), Defence Service Staff College (Wellington) and National Defence College (Phillipines). He has commanded an Engineer Regiment in the Kashmir Valley and a Mountain Brigade in the Eastern Theatre.

He has been part of the Indian Military Training Team in Bhutan and has held key appointments in various formations including at Army Headquarters.

An engineering graduate, he holds a post graduate degree in Defence& Strategic Studies from Chennai University and Masters in National Security Administration from the Philippines.

The vast experience and credentials are expected to energize the Indian Army efforts in both the States to greater heights. Headquarters “COSA” is the highest headquarters of the Indian Army in the states of Chhattisgarh and Odisha dealing with administrative issues and aid to civil authorities.