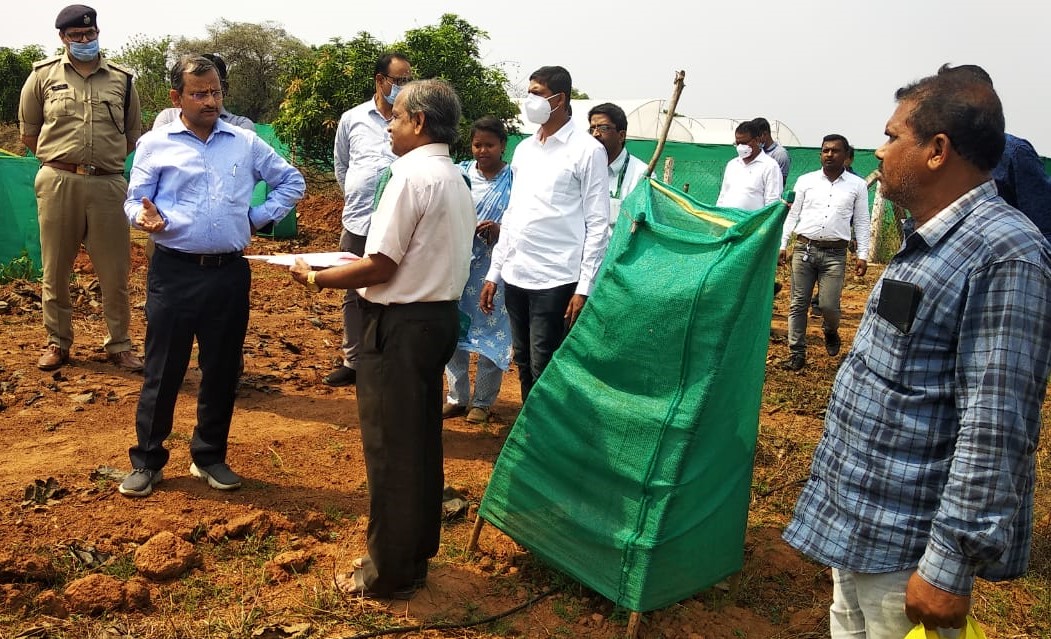 Bhubaneswar: Following massive developmental interventions of Government under the leadership of Chief Minister Sri Naveen Patnaik, Chief Secretary Sri Suresh Chandra Mahapatra visited different places in Swabhiman Anchal of Chitrakonda, once considered a hot bed of naxal. He visited the area today on the second day of his 2 days tour to Malkangiri.

Sri Mahapatra looked into field level implementation of the Swabhiman Anchal special packages announced by the Chief Minister. Field level progress of the projects relating to horticulture, fishery, alternative livelihood for the inhabitants, enhancing income of the farmers, improvement of quality health care in medical, functioning of education and hostel complex , growth of eco-tourism, irrigation, electrification, road connectivity to all villages, and telecome connectivity were reviewed by the Chief Secretary.

Sri Mahapatra instructed to intensify the infrastructure laying and livelihood creation activities in all GPs and villages. Review showed that a large chunk of population were engaged in fishing, forestry and horticulture activities. Seven tele towers are operating in the area. All households in 9 GPs of Swabhiman Anchal have been distributed mobile handsets. Around 99 percent of the area has been made free of naxal activities.

Large number of people along with Chairman Zilla Parishad Smt Somari Tangulu gathered near the camp to interact with Chief Secretary. They expressed their happiness about developmental works. Many people were heard saying that this was first ever visit of any Chief Secretary to their area.

Earlier on the first day of the tour Sri Mahapatra looked into the high school transformation project in Madhusudan High school, Motu, and agricultural activities in deep borewell irrigation cluster at Potteru area. He also reviewed the progress of under construction bridge over the river Saberi connecting Odisha and Chattisgarh.

Sri Mahapatra also went to Mugi boarder line point and reviewed developmental activities there. He garlanded images of the grand forefathers of Odisha who led the people’s movement for formation of separate province of Odisha.