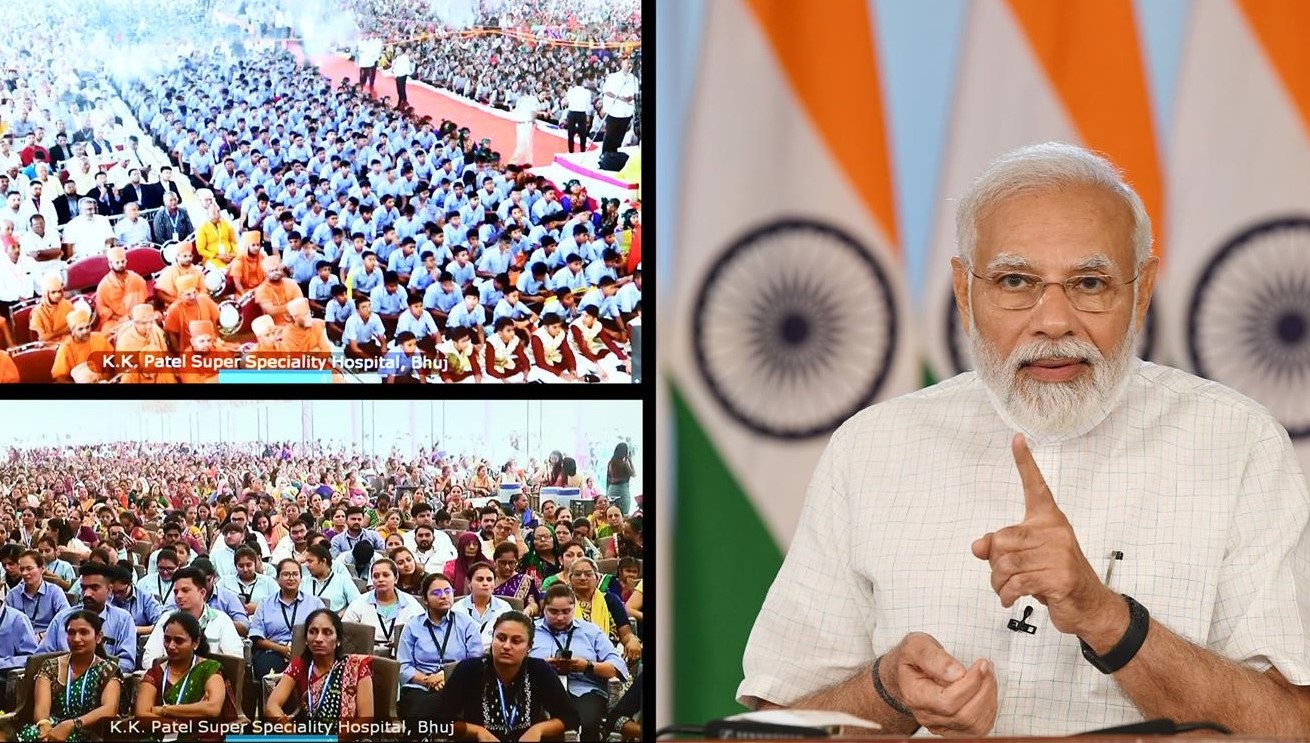 Speaking on the occasion, the Prime Minister appreciated that leaving the devastation caused by the earthquake behind, the people of Bhuj and Kutch are now writing a new destiny for this region with their hard work. “Today many modern medical services exist in this area.In this series, Bhuj is getting a modern, super specialty hospital today”, the Prime Minister said. This hospital is the first charitable super speciality hospital of the region which will act as guarantee of quality medical treatment for people of Kutch along with lakhs of soldiers, par military personnel and traders, the Prime Minister informed.

The Prime Minister elaborated that better health facilities are not limited only to the treatment of disease, they also encourage social justice. “When cheap and best treatment is available to the poor, his faith in the system is strengthened. If they get freedom from the worry of the cost of treatment, they work hard to get out of poverty with more determination”, the Prime Minister said. The Prime Minister explained that in past years, all the schemes of the health sector have been implemented with this thought behind them.

Ayushman Bharat scheme has been instrumental in saving lakhs of crore rupees every year in the treatment of poor and middle class families along with Janaushadhi Yojana. Health and Wellness centres and campaigns such as the Ayushman Bharat Health Infrastructure Scheme are helping to make treatment accessible to all.

Ayushman Bharat Digital Health Mission is expanding the facilities for the patients. Modern and critical healthcare infrastructure has been developed through the Ayushman Health Infrastructure Mission in the district and being taken up to the block level. Hospital are being constructed in every district. Similarly, AIIMS are being established. Medical Colleges are expanding medical education and the country is likely to get record number of doctors in next 10 years.

Shifting to Gujarati, the Prime Minister said that ‘a situation has reached neither can I leave Kutch nor can Kutch leave me’. He talked about the recent expansion of medical infrastructure and education in Gujarat. He said today there are 9 AIIMS, more than three dozen medical colleges, up from 9 colleges earlier. Medical seats have increased from 1100 to 6000. Rajkot AIIMs has gone functional, and Civil Hospital Ahmedabad is getting 1500 bed infrastructure for mother and child care, he informed. Facilities for cardiology and dialysis have grown manifold.

Shri Modi, reiterated his focus on preventive approach to health and requested to keep the emphasis on cleanliness, exercise and Yoga going. He also emphasized importance of good diet, clean water and nutrition. He asked the Kutch region to celebrate Yoga day at a grand scale. He also asked the Patel community to promote Kutch festival abroad and increase the number of foreign tourists for the same. He also reiterated his call for 75 Amrit sarovars in every district.