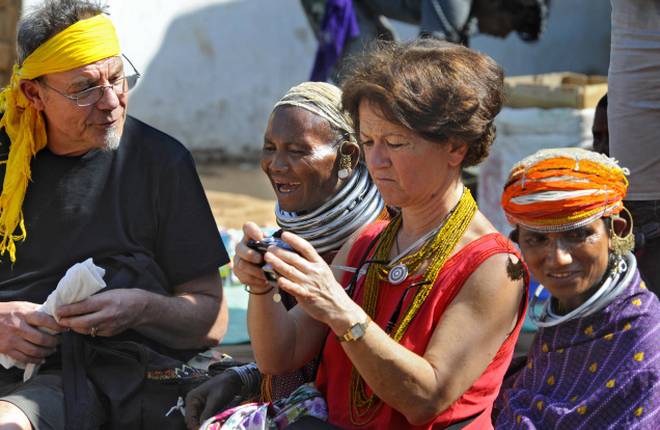 Bonda, one of the most primitive tribe in the world and rated to be the 2nd most primitive among over 75 tribes in India now face the threat of complete extinction !

Traced the origin to the epic era of Ramayan the Bonda tribe is assessed to be more than 1000 years old though few studies say their origin is obscure.

Set on the Malkangiri hills at a height of 3,000 feet above the sea level, in Odisha this tribe is known for its homogeneous traits embedded on several cultural values and virtues so dear to them.

However, may be an overdrive by the State to develop the tribe by inculcating in them an awareness towards health and education starts corroding the cultural values and life style pushing them at a ctoss-road from where they do not know where to go.

Remain as Bondas or just as any other ordinary in the mainstream society. What remained essentially missing that development was forced upon them without taking care for a holistic balance.

Zeal among the youngsters towards modernity is more manifested coupled with social vices making inroads into the Bonda empire spead over 32 villages in Malkangiri hills. Bonda women are in fact semi-nude covering their upper part with only bead necklaces and the torso is covered by a piece of cloth.

Their centuries old association with nature is on the wane. They have been given a new faith; from nature worship to city Gods. Their abhorrence towards adultery, incest and malpractices is on the diminish. The endearing innocence and the hatred towards subjugation look diluted. As it appears in another 5 to ten years there shall be nothing called Bonda and the posterity may see their pictures in the museums only.