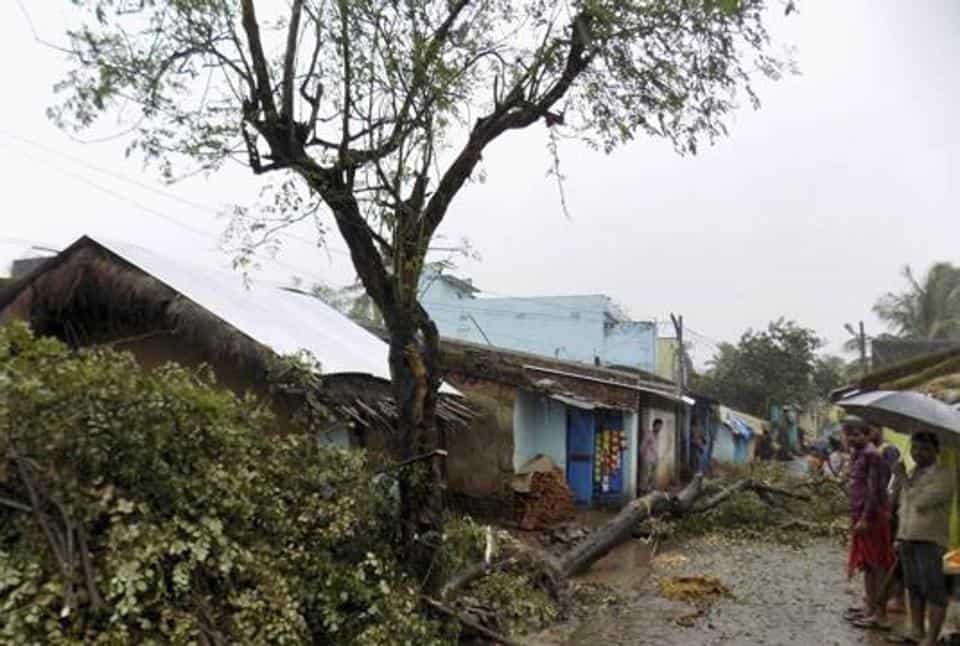 Odisha has so far remained one of the most calamity prone littoral states to natural disasters like cyclone and other forms of calamities. What is peculiar is the pattern of nature’s behavior that times itself to a phase of the year i.e. October month which has witnessed majority of such natural furies since over a century. Play with nature and when it restores itself back it does with a vengeance.

Come October and if there is a minor ripple in the Bay of Bengal , people of Odisha can not ignore the memories of a catastrophe that devastated a major part of the State within hours. It was the Super Cyclone of 1999 October 29 that took 36 hours only unleashing the strongest ever tropical cyclone in the region.

It was an oceanic blitzkrieg that came at a speed of 260 km plus and nearly pulverized a major chunk of Jagatsinghpur in Odisha as its eye of the storm. Though there were advance warning by the meteorological department, although the communication system was not so advanced as today, but surely lack of awareness among the people and undeniably inadequate preventive mechanism in place resulted in such colossal damage .

On October 29 around 11 am, one of the worst deluge when suddenly all went dark. A apocalyptic oceanic storm hit the State, besides Myanmar and Bangladesh with its epicenter at Erasama, in Jagatsinghpur of Odisha. We remember in Bhubaneswar the wind speed touched nearly 150 kmph nearly tonsuring the green capital city into bald. Imagine what had happened in Erasama, Kujang, Padampur, Naghori, Dahibar and many more areas nearly consumed by the disaster and within minutes over 10,000 lives were lost and lakhs of live stock just perished . Either human or animal there was a floating blanket of bodies covering the areas .

The core areas were shaken to the foundation and places like Dahibar, near Erasama , just vanished and its population swept away. When we reached Erasama on the 31 st of October we had to negotiate through the bodies carpeting the villages. Slowly the decomposition of the dead started emanating the pestilential strench . The ones who escaped the wrath of the outrage had no other way than weathering the shock with mineral patience for 36 hours. Almost all human bodies falling on their faces, heaped under the leaves and hey .

When an oceanic rage came with sea tides as high as 15 to 20 metres and splashed down, nothing was left, Lucky few who could slip away from the furry of the storm. When we reached the areas there the death appeared to be common and the ones who escaped the menace were left to sob in pain and nostalgia. It was evening and the roads were so devastated that we had to stay back. A disturbing silence reigned all over, even if one drinks water from the bottle the sound resonated in the small room in the Tahasil office where we had spend the night in entire perplex ion and fear . Lives of people and the local economy was pushed back to almost 20 years for revival.

It was during 1971 October 26-30 the State’s major coastal fringe in Kendrapada district experienced one of the devastating cyclones that had completely swept away five coastal villages only leaving village Satavaya village which till date hangs in balance and the people of the village spend almost each night in fear of being engulfed by the Bay of Bengal.

In 2013 October cyclone Hud-Hud that had affected Andhra Pradesh and few coastal fringes of Odisha. However the impact was more serious in Andhra which experienced a wind speed of 185 kmph creating extensive damage in that state .

However, the footfall of the cyclone Phailin in 2014 on October 10 was a more iminous sign intensifying into a severe cyclonic storm and had its land- fall in Gopalpur in Odisha. Starting around 3 pm the storm unleashed a devastating furry and the wind speed crossed about 215 kmph causing heavy damage in Berhampur and Chattrapur near Gopalpur. However, it subsequently weakened after a brief spell of hurricane like furry.

And today that October 2018, again the nature is out with a frightening buzz about a devastation in the making. This time code-named Titli, the fear seems more dangerous than the impact to be. Experience of the past has taught people to brave such calamities and this time too all have geared up face the furry . But what seems severely lacking that no common sense could still get into our psyche that , nature always restores itself come-what-may but at a cost.