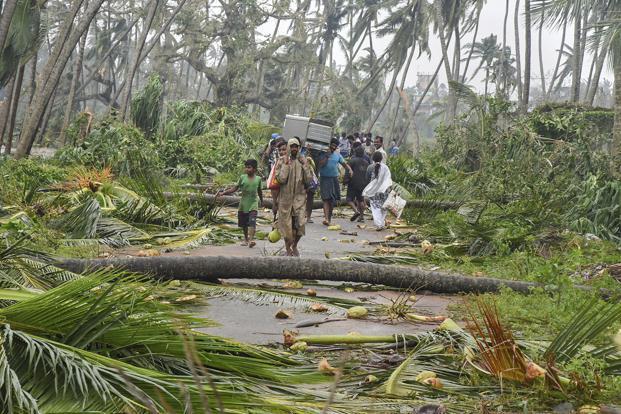 Politics in Odisha appear back on the center-stage after days long phobia over the Titli cyclone. Advantage Naveen Patnaik that his ‘zero casualty ‘ mission has gained the ground. But what has come as a sudden dash of pessimism is the fall out of Titli and the deluge that followed

The deluge post the cyclone that has come to dampen the spirit in the corridors of power as an unexpected furry of rain has  washed away the footprints of ‘zero casualty’  weighing on the morale of the dispensation .
Secondly, the Meteorological predictions by the IMD here and from Delhi have raced miles away from accuracy and the Met scientists have miserably failed to foresee a kind of devastating deluge triggered by incessant rain in many parts of the State. Which is an unusual phenomenon. Many people went missing and many people died although the exact number yet misses the list.

Media reports and opposition present a combined view of hardships born out of a lack of preparedness .  It means the post disaster management mechanism was either not in place or was a chapter that both the government and the Met people failed to foresee.

The subsequent analysis on the situation either through television reports or political filibustering are not going to serve any purpose but would surely weigh heavy for the state authorities who seem struggling using the statistical sophistry as the only shield. But the sufferings of the masses as seen through the television cameras are indeed something to go by.