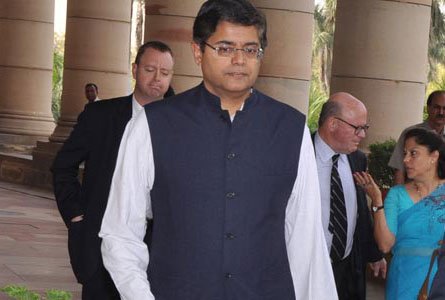 Erstwile BJD leader Biajayant Jay Panda who made his exit from the party amid lot of noise, still appears to be indecisive on his further course of action, politically. Although there were lot of
random speculations in the air over his joining the BJP at one point of time, but Panda has so far not come forward with any concrete stance about his future plans. On Monday in response to a query from the media he almost reiterated the things he had been saying for last two-three months that he has
many options before him and many people are discussing with him . But he was far from being specific about what are the options. Though he went to the extent of saying that even the proposal for launching a separate party is part of the deliberations . Easier said than done and similar opinions can be heard from the BJD quarters who refuse to make any direct jibe at Jay Panda saying that since he is not with the BJD, it is pointless for them to make any opinion on him. The BJP is understandably playing political footsie with Jay Panda and the Congress can not afford to accomodate a leader as Jay who does not hide his ambitions and is unlikely to remain dwarfed by others in the Congress, is left with one option, that is a separate party. Will he dare to launch an independent political party when the run up to the 2019 polls is barely steps away from the crease .