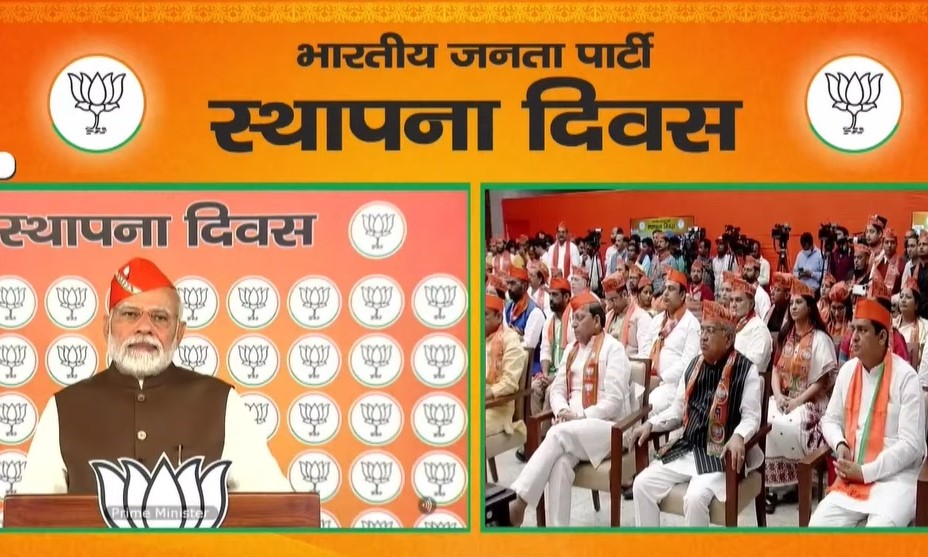 New Delhi: Prime Minister Narendra Modi has said that national interest is of paramount importance in the functioning of the government.

Prime Minister said, BJP’s double engine government came to power once again in four states. He said, after three decades a party has touched the mark of 100 members in Rajya Sabha.

On the occasion, Mr Nadda inaugurated the Blood Donation Camp at party headquarters.

Home Minister Amit Shah has said that under the leadership of Prime Minister Narendra Modi, the BJP is marching ahead with the welfare of the people and the progress of the nation. In a series of tweets, Mr Shah said, the party has worked for the fulfillment of the aspirations of the poor, farmers, downtrodden and women who faced deprivation for seven decades.