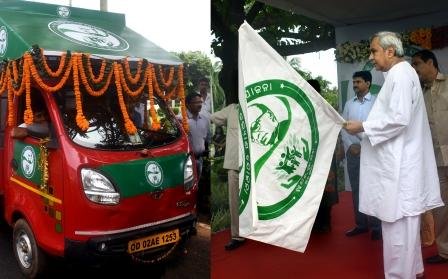 The stand-off between Naveen Patnaik and Narendra Modi over the implementation of the Ayushman Bharat scheme in Odisha, showing no signs of any let up, the onus has eventually come on the shoulders of the BJP leaders here to play the  bagpiper role to convince the people as how their chief minister has preferred to close his eyes to the central scheme and gone for a ‘slumber of eminence’.

The prime minister during his recent visit noticeably stressed his vocal chord to say how Naveen Patnaik is undermining the importance of Ayushman Bharat thus depriving a large mass from getting the benefits of his scheme and going on ahead with the state sponsored Biju Swasthya Kalyan Yojna (BSKY). An unfazed Naveen Patnaik neither retaliated to the jibes of the PM nor has ever countered to the innuendos fired from the BJP camp. He has always bothered his opponents with his silence.

What appears to be the subsequent diktat of the central leadership is to somehow create an air of distrust against  the chief minister for which they have assigned state leadership to play the mind-game to exert moral pressure on the chief minister through the people in favour of Ayushman Bharat.

Both are politically correct, one in obstructing it’s entry and the other to somehow to slither it through before 2019 . No small task for the leaders of the BJP to go ahead for signature campaign to the people with a montage of the health scenario in the state.