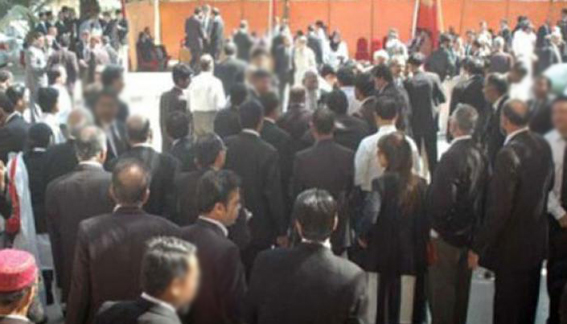 The striking lawyers of Cuttack have not only overshot the limits of public patience but through their oversight of the pain the strike has caused to people seeking justice and relief for over two and a half months. It only helps the cause to gradually fizzle out with each passing day.

Even after the matter is in the court of law and the Orissha high court has taken cognizance of the demands of the lawyers by revoking the reinstatement of the three police personnel who had allegedly beaten up a lawyer, there is little left for the strikers to breast-beat their cause and linger the agitation. And the main ground in support of the continuation of the strike is the failure by the state crime branch (CB) to submit the inquiry report.

This is where the striking lawyers seem to overstep the sentiments of people, who so far simply look in askance at the issue made out by the lawyers. That too after the court has slammed the CB for its dilly-dallying in the submission of the report. To general people, what the lawyers are doing seems unacceptable. and the notional anger generated among the common man for such an unprecedented period may tomorrow boil down to a state when the lawyers may lose public sympathy.

The lawyers have put forth the argument that the state should not have volunteered to the step of reinstatement of the cops who were suspended. That seems logical and their position is surely tenable. But once the court has started monitoring the issue, the lawyers are hardly left with any tool to peddle such an excuse to justify the continuation of the agitation.

The lawyers may not be a part of the government machinery but they must realise that the high court or other courts, to which their survival has a crucial link, are running on tax-payers’ money, are becoming unsustainable operationally and financially too. They should not further make the situation untenable by being egoistic.