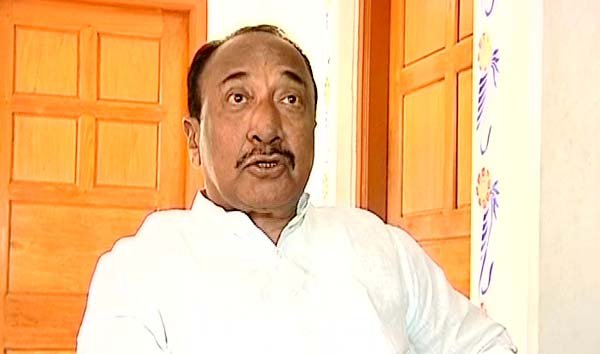 In politics rumours are often fueled  by possibilities and possibilities stem  from necessities. If one goes by the very recent chatters in the political grapevine in general and sources within the BJD in particular, a reunion between Naveen Patnaik and his erstwhile colleague Bijay Mohapatra is being discussed . Regardless of the confidence that Naveen Patnaik has for 2019 , but he must have learnt in these 18 plus years that in the given situation he is bound to walk with his head on the shoulders. Because, euphoria is quite often ephemeral in changing political climate. Growing number of enemies, either BJP or Congress or the rebellion stoked by the ones out of the BJD , Naveen must take fresh guards this time around.

After the expulsion of Damodar Rout from the BJD the latter has created a notionally anti- BJD or anti-Naveen conglomeration to teach the latter a lesson in the 2019 polls . Which may not damage the BJD vote bank substantially but the occasional outpourings by them at least may pollute the election climate for the BJD. And what is very discernible that Naveen’s once arch political enemy Bijay Mohapatra has these days kept himself out of this lot who bay for Naveen’s blood. Nor has he ever shown any inclination to join his voice with the Routs or Pandas who spearhead the anti-Naveen group. Moreover his disillusionment with the BJP, now he is in, is almost clear . He has never come out for long to make any statement against the present dispensation he was usually doing a couple of years back.

Rather the he had at few occasions  made his displeasure at the Dharmendra-led BJP here calling few decisions of the central leadership as inappropriate. Sources in the anti-Naveen squad which calls itself as the ‘real Biju’ followers   Bijay Mohapatra did not appear at a secret conclave which had taken place in Bhubaneswar. Even sources in the BJD also confided that two/ three leaders from the BJD, known to be a part of Naveen’s close coterie are in touch with Mohapatra and have met him in person. BJD’s another important face Pratap Deb, Rajya sabha MP , say the sources, has developed a good rapport with  Bijay Mohapatra.

All these signals do hint at a possible patch-up between Bijay and the BJD supremo that is being worked out as a precursor may be. There were few occasions when Damodar Rout who is rumoured to be the man behind the anti-Naveen force after Jay Panda , has expressed his frustration for not being able to meet or talk  to Mohapatra about his plans to be a part of the so called ‘real Biju’ outfit. Now the million dollar question is, will Naveen Patnaik change his mind on Mohapatra or not. But if his men are in secret parleys with Mohapatra    , it can not be without the mandate of the top leader Naveen Patnaik.