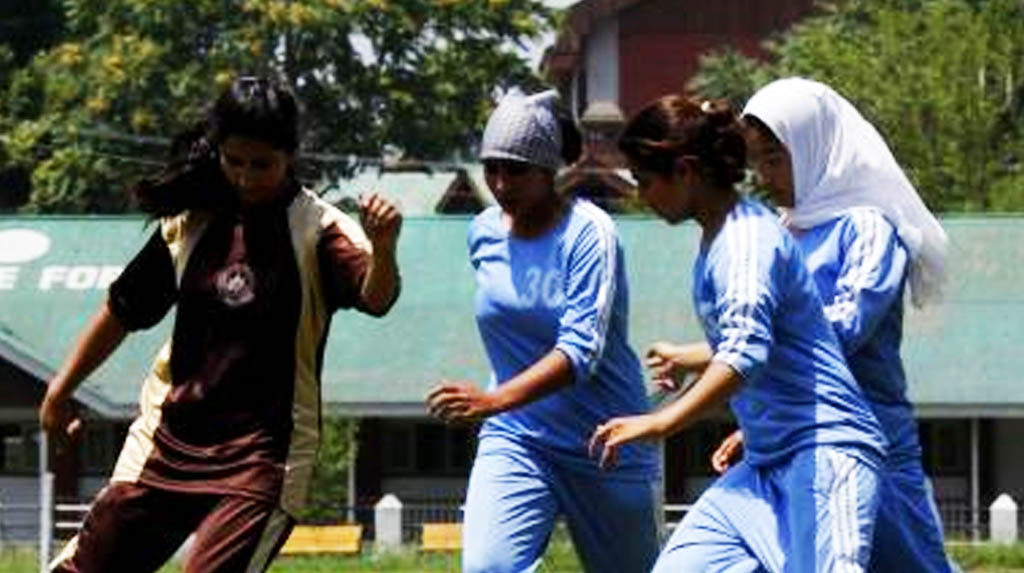 Srinagar:  In Kashmir, a 17-year-old girl has become the voice of those sportspeople who can’t speak and hear. Arwa Imtiyaz is not their coach, but performs the important role of a translator for over 350 such sportspersons, who are registered with the Jammu and Kashmir Sports Association.

When at home in Nowgam, Srinagar, the Class 11 student spends most of her time with the physically challenged sports enthusiasts. She is their voice and mentor.

“I have made it a mission and resolve to be with the deaf and mute sportspeople in Kashmir and to help them to communicate after I found that nobody is coming forward to help them,” said Imtiyaz.

Arwa Imtiyaz derives her passion for serving the physically challenged people from her own family. Four of her family members are deaf and mute.

She started to act as a translator for the physically challenged youth of Kashmir when she was in class 5. Ever since she has been helping them, accompanying them to other states at times, missing her education in return. This is something that she does not regret.

The internet shutdown after the abrogation of Article 370 on August 5 became a big challenge for the physically challenged sportspeople community, but they have been finding ways to keep in touch.

“The communication blockade has been a big problem, but we have been communicating with each other through text messages,” Imtiyaz said.

Arwa’s father is an auto driver and mother a house-maker, she says her family stands by her and her humble background is not an obstacle to carry on her mission.

She is doing all she can to help these physically challenged people, she is becoming an inspiration for so many others, who may want to follow her footsteps.