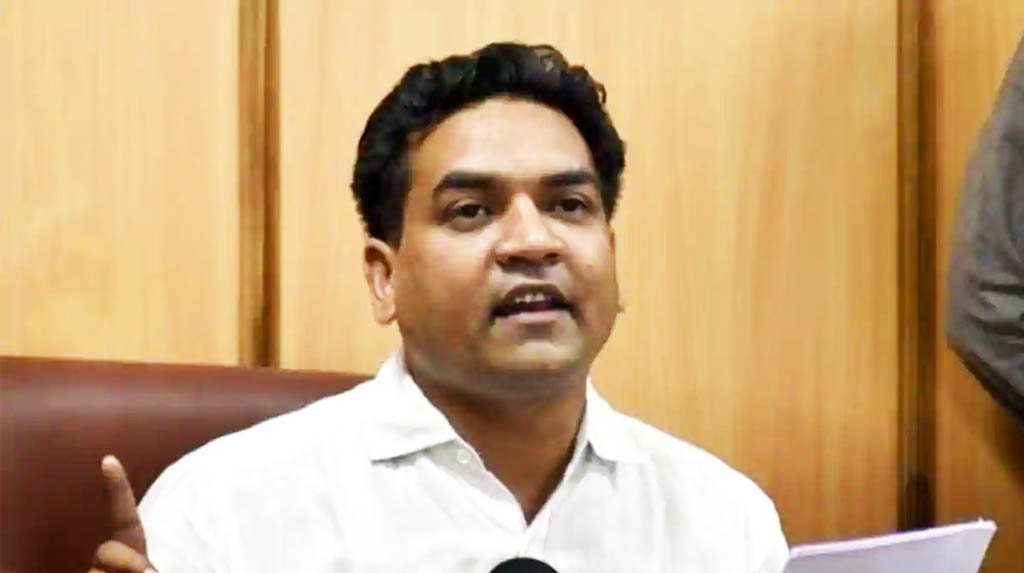 New Delhi:  BJP leader Kapil Mishra made an appearance before the Special Cell of Delhi Police in Lodhi Colony on Thursday afternoon. After he came out Mishra said that he only came to file a complaint against people who according to him are running a campaign against him in the northeast Delhi riots case.

“When the Delhi Police is filing charge sheets, when the rioters are being arrested at this time there is a section which is running a hate campaign against me and trying to save the real conspirators and that is why I came to the Special Cell office to file a complaint so that these people could be investigated,” Mishra said.

BJP leader Mishra was questioned in the last week of July by the Delhi Police Special Cell in connection with the northeast Delhi riots, where he claimed that he had gone to the area to “resolve the situation”, that he gave “no speech”, and that remarks made by him standing next to a DCP were only meant to convey his intention of launching a ‘dharna’ to counter anti-CAA protesters.

These details find a mention in a charge sheet filed by the Delhi Police before Delhi’s Karkardooma court last week.

In a video tweeted by him on February 23 – a day before riots broke out in northeast Delhi – Mishra can be seen addressing a pro-CAA gathering near the Maujpur traffic signal and standing next to DCP (North East) Ved Prakash Surya. He can be seen saying, “They (protesters) want to create trouble in Delhi. That’s why they have closed the roads. That is why they have created a riot-like situation here. We have not pelted stones. The DCP is standing in front of us and on your behalf, I want to tell him that till the US President (Donald Trump) is in India, we are leaving the area peacefully. After that, we won’t listen to you (police) if the roads are not vacated by then. We will have to take to the streets.”

Violence broke out in northeast Delhi on February 24 between CAA supporters and protesters and spiralled out of control leaving at least 53 people dead and around 200 injured.