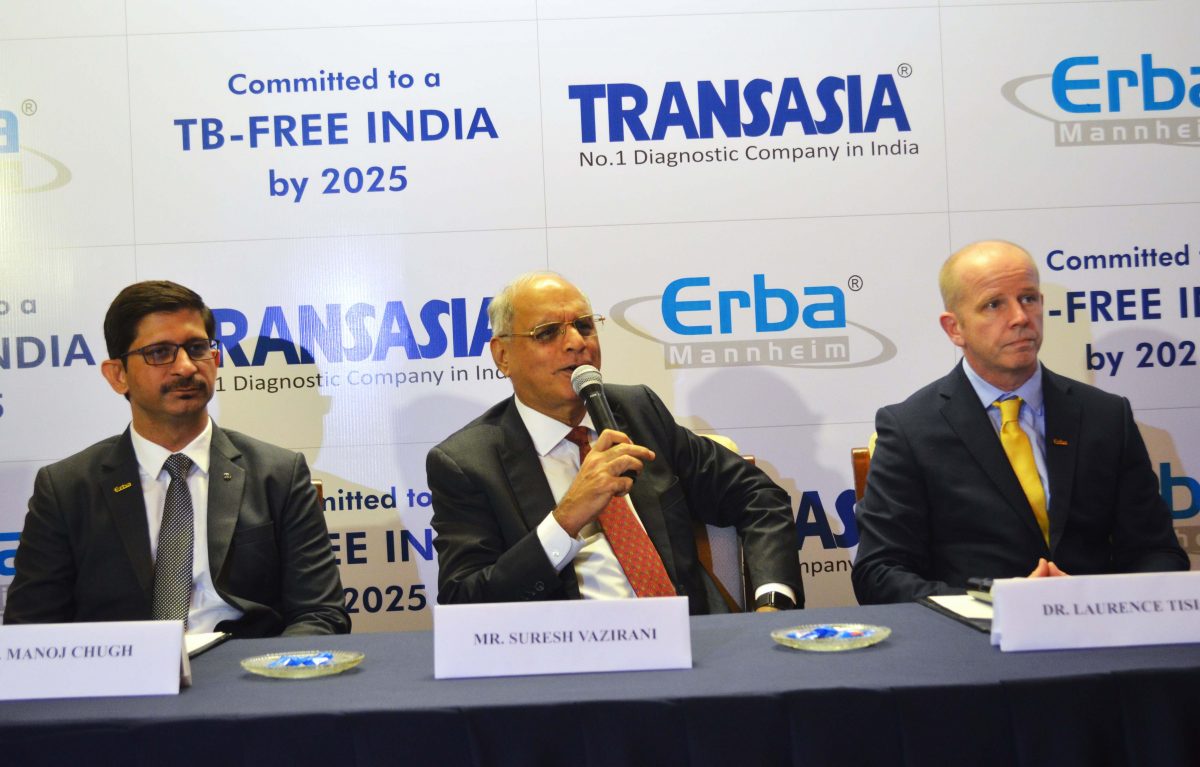 Hyderabad, (UNI) A leader in the In-Vitro Diagnostic segment in India, Mumbai-based Transasia Bio-Medicals Ltd, on Thursday announced that it will soon be foraying into the Rs. 300 crore Indian molecular diagnostics space which was more reliable for TB test. The company has unveiled the MX 16, a fully automated molecular testing system, at the ongoing 50th Union World Conference on Lung Health and TB here.

The MX 16 has been developed by Erba Molecular, a UK subsidiary of the Transasia-Erba group. The new system will offer an easy-to-use and lower priced molecular TB test in India, with the goal of replacing traditional smear microscopy. The instrument will be particularly beneficial to India, which has the highest burden of TB and drug-resistant TB: one in four TB patients globally is in India.

Though TB incidence in India has been declining at 1.7% annually since 2016, it is estimated that it needs to fall by 10% annually to reach the Government’s 2025 goal of ending TB inthe country. Currently a significant number of TB patients remain undiagnosed for long and out of those diagnosed, only 65% of cases in India are treated.

According to the Tuberculosis India Report 2019, there has been a 16 per cent increase in cases compared to 2017, further raising the need for early, simple and accurate diagnostics, which is a crucial element of any successful strategy to address TB in India. To this effect, Molecular testing has been included in first ever Essential Diagnostics List announced in 2018 by the WHO, further stressing the need for timely diagnosis of TB.