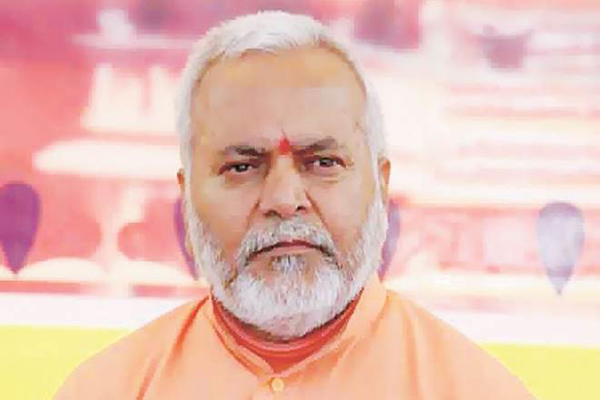 The team sealed leader’s ‘Divya Dham’ residence inside the Mumuksh Ashram at around 0300 hrs on Friday. The SIT, led by Inspector General of Police (IG) Naveen Arora, quizzed the leader at the make shift camp office at the Shahjahanpur police lines. The interrogation commenced at 2000 hours on Thursday and continued till midnight.

The team also searched the hostel room of the girl. The medical examination of the girl was also done on Wednesday amid tight security arrangements. The law student, who had levelled sexual harassment allegations against Chinmayanand, accused Shahjahanpur District Magistrate Indra Vikram Singh of pressuring her father and family members so that they would withdraw their complaint against the leader.

Her father had filed a complaint with police, accusing 72-year-old Chinmayanand of sexually harassing her, a charge refuted by the former Union minister’s lawyer who claimed it was a “conspiracy” to blackmail him. She had gone missing on August 24, a day after she posted a video on social media, alleging that a “senior leader of the sant community” was harassing and threatening to kill her. She was located in Rajasthan and produced before the Apex Court.

On September 2, the Top Court had asked the Uttar Pradesh government to set up a special investigation team to probe the case. (UNI)