Call on the PM by the Joint India-Singapore Ministerial Delegation 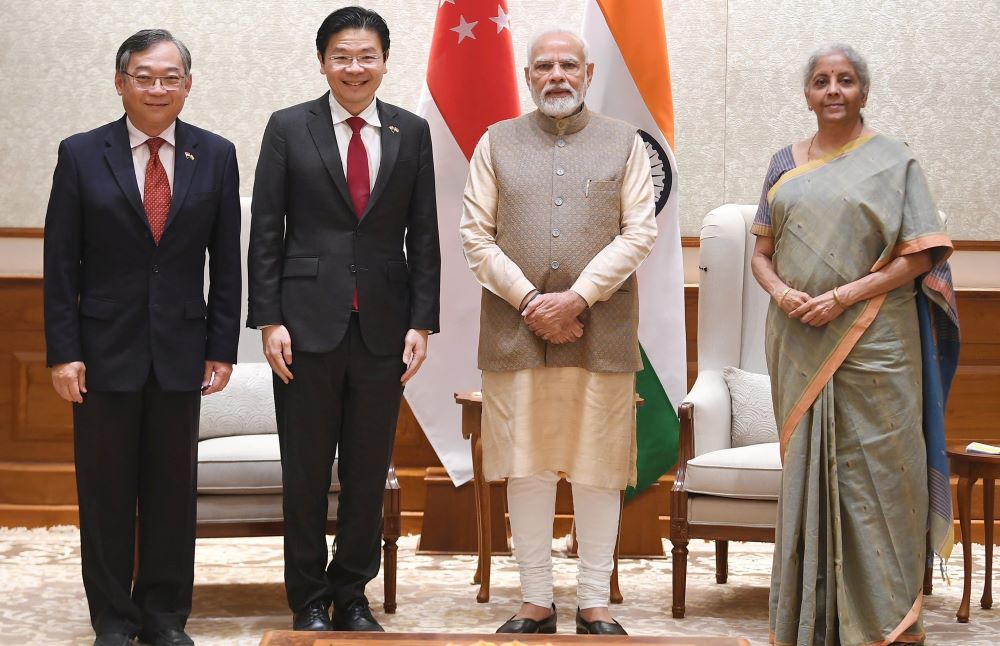 The Ministers briefed the Prime Minister about the outcomes of the inaugural session of the India-Singapore Ministerial Roundtable (ISMR), held on 17 September 2022 in New Delhi. This is Mr. Lawrence Wong’s first visit to India in his capacity as the Deputy Prime Minister.

The establishment of the ISMR is a pathbreaking initiative which was envisioned by Prime Minister Modi and reflects the unique nature of India-Singapore bilateral relationship. The Ministers briefed the Prime Minister about the wide-ranging discussions held, especially in emerging areas of digital connectivity, Fintech, green economy, skill development and food security.